S&P/NZX50 Ended The Session in Red

S&P/NZX All Financials ended in red as there was a fall of 1.87% while S&P/NZX All Consumer Staples witnessed a rise of 0.63%. We would now have a look at the performance of some individual stocks.

The following image provides a broad overview as to how the share price of NZM has trended in the span of past one year: 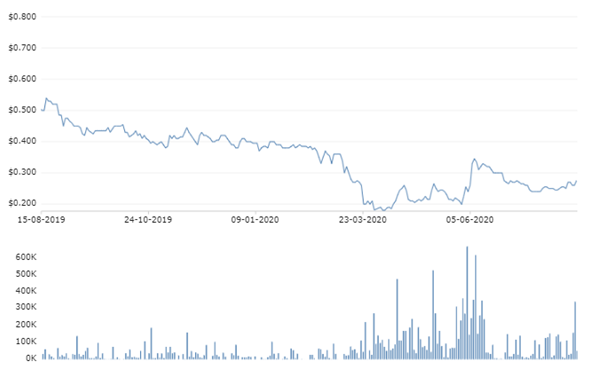 A Recent Update on IKE

Notably, retail entitlement offer was closed oversubscribed, and there was robust support from the company’s eligible retail shareholders. IKE received applications, including via oversubscription facility, of ~NZ$4.3 Mn.

The Stock of AIA Ended in Red

The fall in total passengers for the month of June 2020 implies the impact of travel restrictions imposed by NZ Government in response to coronavirus.