S&P/NZX SmallCap Index witnessed a rise of 0.80% while S&P/NZX All Consumer Staples witnessed a fall of 0.64%.

The following image provides a broad overview as to how the share price of MPG has trended in the span of 90 days: 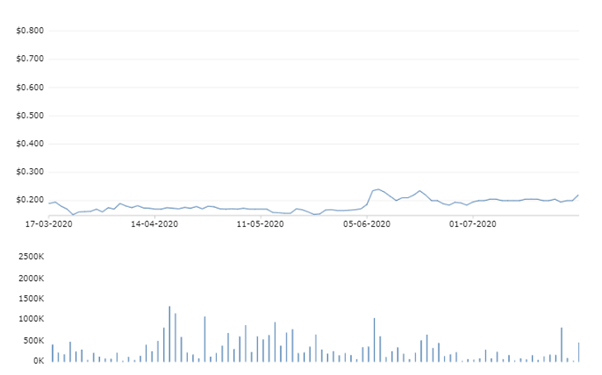 A Recent Update on ERD

EROAD Limited (NZX: ERD) announced that its CTO, Jarred Clayton, has been approached by marine technology company Navico to join as global CTO. He would be moving on from EROAD after around 12 years.

The company stated that Jarred has been instrumental with respect to many product as well as technology achievements during the span of last 12 years with the relentless focus towards innovation and execution. Notably, Jarred would be leaving the company on 11th September 2020.