Inflation is on the rise, hits 6.9% according to StatsNZ

According to StatsNZ's latest data released today, the annual inflation has touched 6.9 % for the year till 31 March. This is the highest in 30 years. Even though the figure is lower than what some economists had expected, it is still the highest since 1990, when it had reached 7.4%.

The 6.9% annual increase came after 5.9% in the December quarter.

StatsNZ said that the largest contributor to the rise in inflation was housing, particularly the increased cost of rent, new houses, and housing utilities. The consumer price index factors in the prices of new homes, which rose almost 18% during the year. 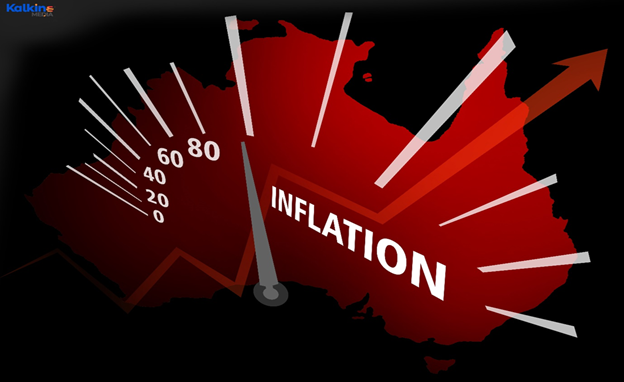 The builders were experiencing supply-chain issues, higher labour costs and the demand for new homes due to which the overall costs increased.

Actual rentals for housing also contributed to this increase, up 4%.

Transport was also the second most significant contributor to the annual inflation, up 14% with a 32% rise in the price of petrol.

Also Read: Is Inflation likely to take a breather by the end of 2022?

Overall, the quarterly inflation rate was 1.8%. which is ahead of the Reserve Bank of New Zealand’s (RBNZ) expectations of 1.4% for the quarter as predicted in February.

The food prices were up by 3.1% in the quarter driven mainly by fruits and vegetables which were up 9.3% and groceries up by 2.4%.

Transport rose by 3.3% in the quarter and housing and household utilities were up by 1.8%.

While StatsNZ said that the prices of goods and services which are called tradable items in the CPI and include commodities like petrol rose by 8.5% over the year, the rise in prices of non-tradable items averaged an increase of 6% in the year.

RBNZ is likely to continue to tighten the monetary policy as a response to soaring inflation till its brought to the remit levels set by the Central Bank. Last week, the Reserve Bank delivered the biggest hike in 22 years, raising the official cash rate by 50 bps to 1.5%.   Further, Governor Adrian Orr said earlier this week that a further tightening could be expected when the policymakers meet next month on 25 May.

The rise in inflation is along the RBNZ’s expected lines and supports a series of rate hikes in the coming months till it is well under control. Economists are expecting another 50bps hike at the May monetary policy meeting followed by a series of 25 bps hikes in the second half of 2022.

However, inflation might cool off a bit but is expected to remain much above the central bank’s target band for the rest of 2022. Much of it is due to global pressures but some domestic factors are also adding to the inflationary pressures.

On the release of inflation figures, the Kiwi dollar fell by a quarter of a US cent to US67.86c. Bond yields were unchanged.

Bottom Line: Inflation in NZ has touched a 30-year high and it has been driven primarily by housing and the rising cost of fuel.