The Prime Minister of New Zealand, Rt Hon Jacinda Ardern and Prime Minister of Australia Hon Scott Morrison MP have announced that they are committed to introduce a trans-Tasman COVID-safe travel zone. Both the Prime Ministers have decided to start work on a trans-Tasman COVID-safe travel zone that will relieve travel restrictions between Australia and New Zealand. Such plan would be put in place when it is secure to do so and required health, transport and other procedures had been established and met, to guarantee the protection of public health.

These arrangements acknowledge that New Zealand and Australia are both successfully addressing the spread of COVID-19.

For the year ended September 2019, the total overseas visitor arrivals stood at 3.9 million up by 2.5 per cent or 94,300 as compared to previous year. The biggest variations in visitor arrivals were seen from the Australian region, up by 55,700; then from the United States market, up by 28,600; and then from Chinese market, down by 39,900. 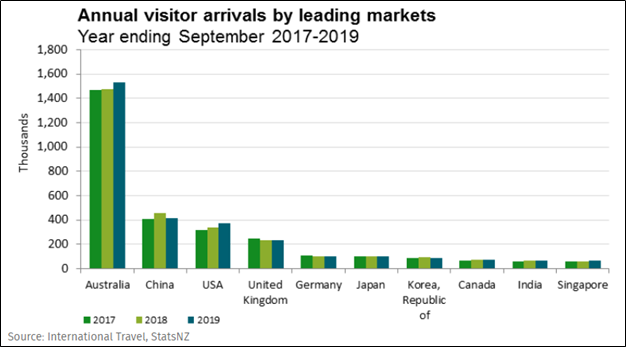 More than 1.53 million Australian residents visited NZ in the year ended September 2019, up by 3.8 per cent as compared to last year.

With the opening of border, the stocks which might benefit are travel related stocks. Since the lockdown restrictions were implemented, the travel-related stocks were most impacted as their operations were deeply hampered by the travel ban.

Let us look at few stocks which can benefit from the ease.

In the release dated May 26, 2020, Tourism Holdings Limited (NZX: THL) stated that it has started consultation procedure throughout the parts of its NZ business, with the objective of fitting crew numbers to present activity levels as well as expectations for the coming months.

Key highlights of the month are given below:

Liquidity Position of the Company

Before the outbreak of the pandemic, the airline was in great position with a strong balance sheet and had more than $1 billion in short-term liquidity. Once the restrictions were implemented on international travel in March 2020, the company quickly moved to secure a loan facility of up to $900 Mn with the NZ Government, to increase liquidity and offer the company with enough flexibility to respond to the range of potential demand recovery scenarios.

The company has executed various measures across every part of its capital expenditure portfolio and cost base, including:

In the second half of 2020, the company’s network capacity is anticipated to be roughly 50 per cent less than the pcp, led by a reduction of about 90 per cent in the fourth quarter. Notably, the company is now anticipating to post an underlying loss for 2020 financial year.

The company has announced some changes in its executive team. Richard Barker, the General Manager Retail and Commercial, would be leaving the company on June 30, after six years.