Ever since the American retail giant Costco announced that it is heading towards New Zealand, Kiwis across the world have been thrilled.

No doubt, retail stores have an important role to play in the widespread distribution of products and offer high-level exposure to several branded consumer essentials. Retail stores are ideally located at convenient spots so that they can sell products to a wide diversified consumer base and form an integral part of modern society. Moreover, the interdisciplinary retail businesses contribute to the economy’s GDP and are a driving force of sustained economic growth, besides providing ample employment opportunities.

In this backdrop, let us cast an eye over Costco Wholesale Corporation, the Washington corporation, that is soon going to open its first New Zealand store at Westgate in Auckland.

Operating an international chain of membership warehouses, Costco is known for providing good-quality merchandise at considerably lower prices relative to other conventional wholesale or retail sources.

According to a report by Forbes from January 2020, Costco is the world’s third biggest retailer, with USD 144 billion in sales. This revenue was driven from merely 788 sites, demonstrating that big store models can definitely drive high volumes.

Costco is well recognised for top-quality national and regional brands with a 100% satisfaction guarantee and is best known for being significantly cheaper than its peers (supermarket competitors) in the industry.

Offering an eclectic mix of products, Costco warehouses have one of the largest and most exclusive product category selections to be found under a single roof with a diverse category that includes automotive supplies, tires, toys, hardware, sporting goods, groceries, candy, appliances, television and media, jewelry, watches, health and beauty aids, furniture, cameras, books, housewares, apparel, office supplies and equipment.

The membership-only bulk discounter is open seven days a week for all members (Executive, Business and Gold Star). In 2019, over 100 million people had a Costco membership card. The same year, it launched a digital membership card. 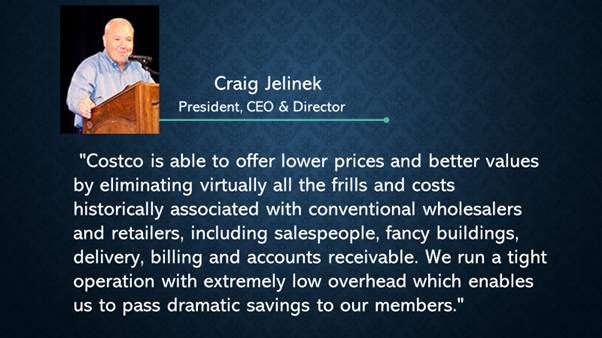 Last year, reinforcing the company’s continued global expansion, Costco announced its intention to open its first New Zealand store on Auckland's north-western fringe and soon began the process of obtaining the required regulatory consents with construction of the warehouse developing.

The site is situated within the Westgate Town Centre, one of the country’s greatest master planned urbanization projects. Being the hub for the large and rapidly expanding communities of Auckland’s North West, Westgate represent retail, commercial and community presence and has excellent transport links.

According to New Zealand Retail Property Group (NZRPG), the US giant has worked with NZRPG and secured a site at Westgate in Auckland’s North West, which will be close to 14,000sqm and will provide more than 800 carparks. The cost is expected to be approximately NZD 90 million dollars.

The warehouse is likely to create an approximate 350 equivalent jobs (full-time) for the North West Auckland community.

Costco’s launch is expected to add to the distinctive Westgate’s mix of retail options and provide space to relax with family and friends. The centre’s retail developments are set alongside 28 hectares of public open space.

According to NZRPG General Manager Mr Campbell Barbour, Costco is likely to contribute towards the continuing development at Westgate, cementing the town as a prime retail location in Auckland which is a growing international city.

The retailer is likely to shell out more than NZD 100 million on the brand-new warehouse prior to the store opening its door. The three-level mega store is due to open in 2021 and will offer the chain's full format inclusive of a food court, optometrist, fuel station, tyre centre, hearing aid facilities along with homewares & groceries. A pharmacy too seems to be on the cards.

Taking Cues from Costco in Australia- Will NZ Follow Suit?

The giant retailer has almost 800 warehouses worldwide including 11 in New Zealand’s neighbouring country, Australia, where it has been operating since 2009. The latest store opened recently in Perth.

Since over a decade, Costco has been serving Australians with their diverse and modern retail needs, offering the highest quality products at the best possible price. The brand presented a whole new way of shopping for Australian consumers by offering a no-frills warehouse experience and quickly established itself in the Aussie market.

Managing Director for Costco Wholesale Australia Patrick Noone welcomed the NZ news with much excitement and stated that the company was very pleased to have found such an ideal site for its new country launch.

It will be interesting to gauge the much-awaited opening of the retail giant next year and observe the way New Zealanders welcome it, as the Company adds a layer of competition to the market and extends the available consumer choices.