Most people would probably know Travis Scott as a hugely successful rapper, songwriter, record label owner, and last but not the least, Kylie Jenner's ex-partner.

With his many talents, Mr Scott proves himself to be good at what he is doing, as he landed on Forbes's list of '30 under 30' at the age of 25. His music career helped him claim the 82nd spot in the list, but Mr Scott has achieved much more than performing at concerts.

Apart from being one of the most progressive rappers of the 21st century, Mr Scott has created a rich legacy in the business world. Namely, La Flame (as Mr Scott loves to call himself during concerts) made significant collaborations with big brands like McDonald's and Nike.

In a successful hybrid model, where Mr Scott manages to keep his career as a rapper on track while signing up big contracts with major corporations, he is the person who decides the set of rules within the contract, not vice versa. 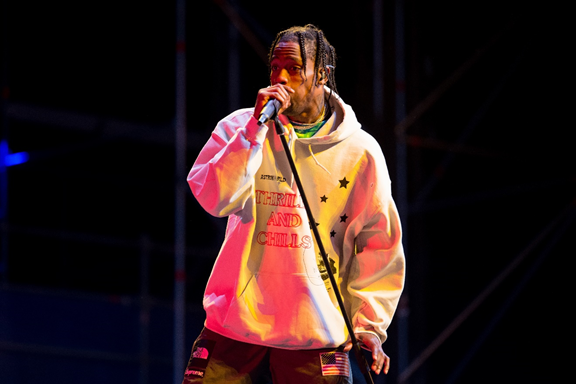 What are some of Travis Scott's most significant business turnovers?

One might think why Mr Scott would sing for free for three days. The answer is relatively simple – it was a business move that resulted in significant merchandise sales at his record label company called Cactus Jack.

As one of the most remarkable collaborations, McDonald's partnered with Mr Scott in creating an exclusive menu. The partnership turned out to be so successful that McDonald's experienced food shortage for the item, which does not often happen with the food giant.

Jennifer Healan, vice-president of the US Marketing at McDonald's, hailed the cooperation, saying Mr Scott is a true icon. The meal included a standard Quarter Pounder with medium fries covered in BBQ sauce and Sprite as a drink. The Scott menu cost US$6 and was last available on 4 October.

Some experts have applauded Mr Scott's move and overall entrepreneurship accomplishments, believing he made history with his marketing team in promoting particular brands and their products.

Not only did Mr Scott create a McDonald's meal, but also was inspired to design clothing attire with the Maccas logo for his record label. La Flame made a hoodie for a price of US$98, denim shorts for US$250, and a pillow-shaped in the iconic Chicken Nugget for US$90.

How much is Mr Scott's current fortune?

Forbes reported a massive US$39.5 million in Mr Scott's account as of June this year.

The hybrid method of leading a music career while being a successful entrepreneur put Mr Scott on the most popular young-rich list created by Forbes.

When it comes to selling luxury goods and sneakers, Mr Scott is high up there together with his mentor Kanye West. Mr Scott designed a line of sneakers mostly by himself, outperforming the Yeezy brand in revenue.

RRP for Mr Scott's sneakers is around US$200, while a famous reseller StockX has valued some Scott resells at more than 400 per cent in worth. Recently, a pair of his sneakers were sold for a record-breaking amount of US$22,500.