Brexit has changed the dynamics of the UK’s relationship with the EU. After a bitterly negotiated trade deal, the latest challenge was over the diplomatic status of the European Union (EU) ambassador in the UK.

The UK administration had proposed to consider EU's London delegation in London as members of an international organisation. However, the EU had rejected the offer and said it could affect the relationship between the two. Experts have also criticised the UK that it was trying to punish Brussels because of acrimonious negotiations.

UK’s Foreign Office had objected to allot complete diplomatic status to EU’s ambassador, saying that the EU could not be considered as an independent nation. In order to resolve the deadlock, EU vice-president Josep Borrell and Foreign Secretary Dominic Raab met on the sidelines of the ongoing G7 meeting in London. After the meeting, both the EU and the UK in a joint statement announced that EU ambassador Joao Vale de Almeida would be treated equal to other heads of missions from states. 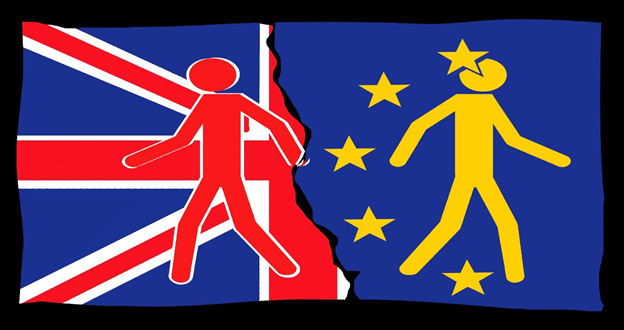 The Brexit has complicated UK’s bilateral relations with many countries. France threatened that it would withdraw electric supply to self-governing Jersey if the fishing dispute was not resolved after Britain announced that it would be sending two offshore patrolling vessels to Jersey as a precautionary move.

Northern Ireland witnessed violence last month, and one of the main reasons for it was post-Brexit trading norms, which became operational from February. The trade deal avoided checking requirements at Ireland borders, but due to that, some European laws become applicable in Northern Ireland. This gave rise to concerns that the country is being mislead by the UK and it is being isolated from the rest of UK.

Solutions to all these foreign policy disputes, practically, would include having a greater number of regulatory alignments, which the UK is not much in favour of as they might make free trade deals difficult for the UK, particularly with the US.

Relation with the US

The US is concerned about China’s rise as a superpower, along with Russia’s growing powers is a crucial issue. After Trump’s tenure, Joe Biden is keen on renegotiating and rebuilding alliances with countries that Trump irked through his erratic diplomacy.

This could have work in the UK’s favour, but the Brexit has complicated the whole scenario. Before Brexit, the UK connected the EU to the rest of the world, which provided London with a lot of strategic importance. However, UK’s present cold strategic equations with Europe would now leave the door open for the US to develop stronger bilateral equations with Berlin and Paris.

Much of the UK’s trade relationships now would depend on how it resolves its disputes with its neighbours. The exit from the EU has undeniably brought complications and have limited the UK’s position as a significant global player. In Britain’s own interest, the Boris Johnson government would have to realign its position on strategic issues so that London does not lose out.