Oil prices reportedly fell at one point on Tuesday following IMF's announcement. However, oil prices slightly rebounded at the time of writing on Wednesday, with West Texas Index (WTI) climbing to around US$ 103 per barrel and Brent Crude hovering around 108 per barrel. This change came as supply concerns from production outages in Libya continued to weigh on the market.

With these fluctuations in oil prices in mind, let us explore two TSX oil stocks.

Enbridge Inc is known for its midstream operations in the United States and Canada. Recently, the provincial government of Alberta awarded the company the right to advance a carbon dioxide (CO2) hub in Edmonton, Alberta.

Cenovus Energy earned C$ 2.18 billion in cash from operating activities in the fourth quarter of 2021, which was a positive change of 774 per cent year-on-year (YoY). However, its net loss stretched to C$ 408 million in the latest quarter, up from C$ 153 million a year ago. 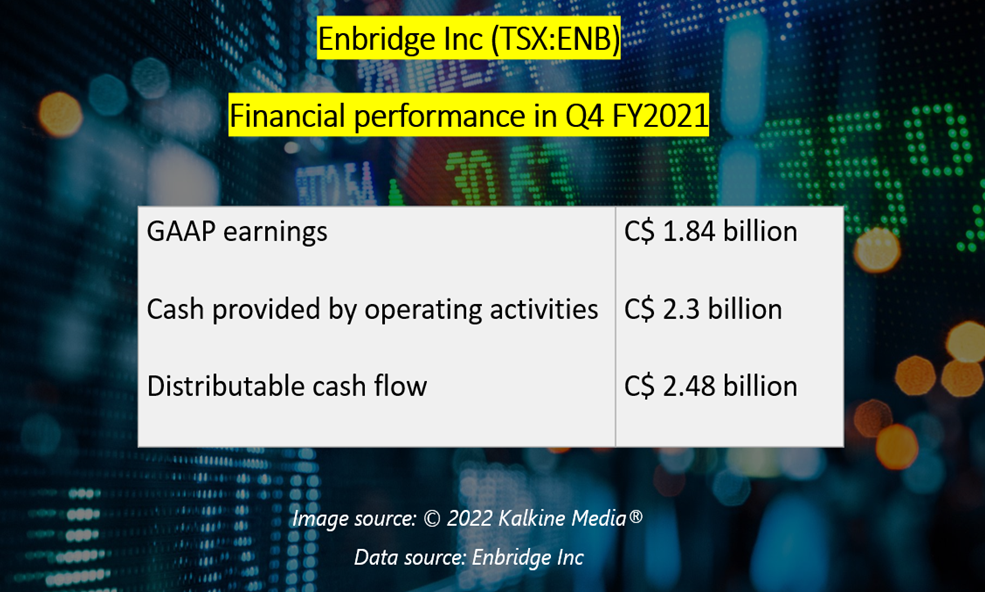 With this new outlook, investors can explore Enbridge Inc and Cenovus Energy as these are large-cap companies and distribute dividends every quarter. However, investors should consider market updates, a company's operations and financials to make informed investment decisions.