Why Mullen Automotive (MULN) stock soared 146% in a day?

Mullen Automotive (NASDAQ: MULN, MULN: US) is trending hot on the stock markets in the wake of its latest announcement, following which its stock soared by nearly 146 per cent on Monday, February 28.

Mullen Automotive is a California-based company that manufactures electric vehicles (EVs) and provides clean energy solutions based on battery technologies.

Also read: What is SWIFT system & why is it crucial in the Russia-Ukraine crisis?

What did Mullen Automotive (NASDAQ: MULN, MULN: US) say in its latest announcement?

The company added that an 18-minute DC fast charging could deliver more than 300 miles of range.

The US$ 34-million market cap company is working on the second generation of its FIVE EV Crossovers equipped with solid-state polymer battery packs for prototype testing set scheduled for 2025.

The EV company has equipped its first-generation FIVE EV Crossover with conventional lithium-ion cells, which is planned for launch in late 2024.

Mullen Automotive approximately doubled its research and development expenses from US$ 0.51 million in Q4 2020 to US$ 1.15 million in Q4 FY2021.

Stocks of Mullen Automotive swelled by roughly 170 per cent in the last one week.

Mullen stock closed at US$ 1.69 per share on Monday, with 631 million shares switching hands. 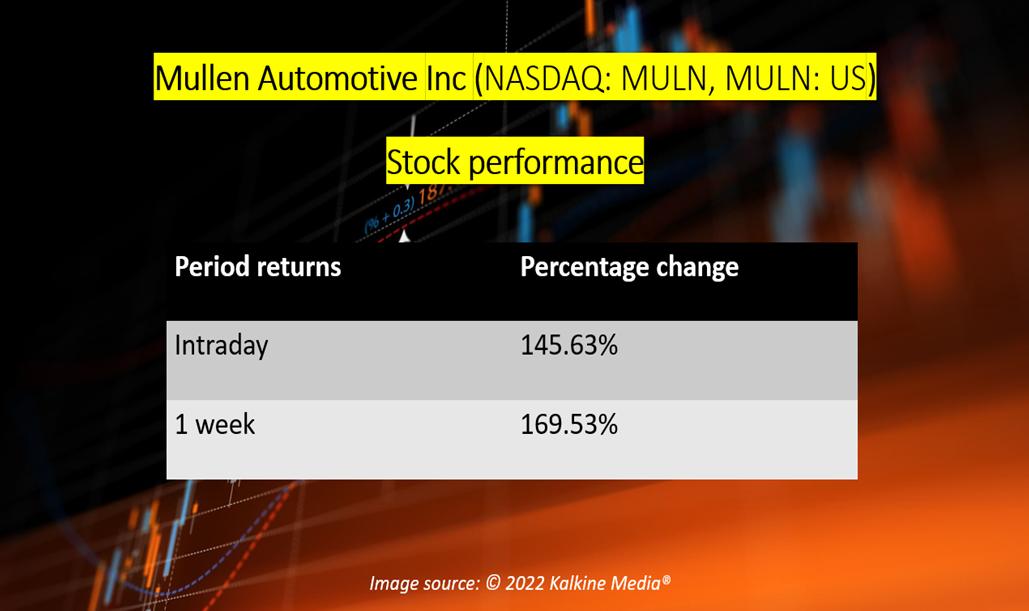 Mullen Automotive's solid-state polymer battery tech can turn out to be essential advancement in the emerging EV market, which is presently based on lithium-ion batteries, thereby providing it with a competitive advantage over other EV players.