With the United States set to legalize marijuana federally, year 2021 is likely to be a game-changer for the North American cannabis industry. The legalization will open up a range of prospects for the Canadian cannabis companies. Alongside, the US-based cannabis stocks will finally be able to list on home ground, leading to more exposure from Wall Street investors.

Here are the three Canadian Cannabis stocks to explore:

In the last four trading days (Since January 5), the stock has gained over 30 per cent.

The Smiths Falls, Ontario-based cannabis company expects to propel its global medical marijuana upon the US federal cannabis decimalization. WEED scrips have rallied over 61 per cent in the last three months. Its present 50-day average trading volume is approximately 1.9 million units. The stock is also offering earnings per share of C$ 0.59. 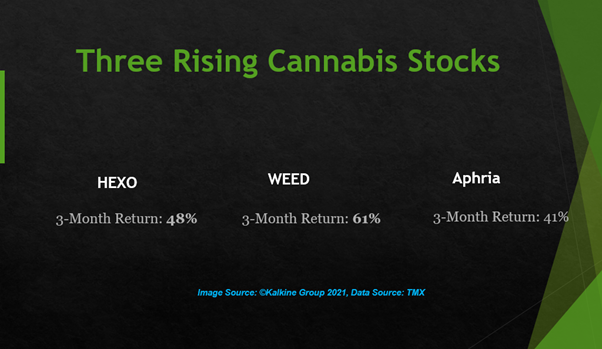 Its 30-day average volume has rushed to around 5 million units. It has a current price-to-cashflow ratio of 2681.60, driven by its merger with Tilray. The pot stock places among TMX’s top volume companies.