The share price of BHP has fallen by 10% approximately on the ASX over the past 12 months. On the other hand,  on a year-to-date basis, BHP’s share price has gained over 7%.

What pushed BHP’s share price on the ASX today?

Although there is no new update from the company which could justify the share price surge, yet we believe that due to the overall surge in the ASX 200 Materials sector, BHP share price has seen a rebound. ASX-listed mining giants, such as Rio Tinto and Fortescue Metals are also trading in the green today on the ASX.

BHP is an ASX-listed resources company which is primarily involved with iron ore mining, oil and gas exploration and selling. The company is also involved in the exploration of other commodities, but its primary business activity is iron ore mining. 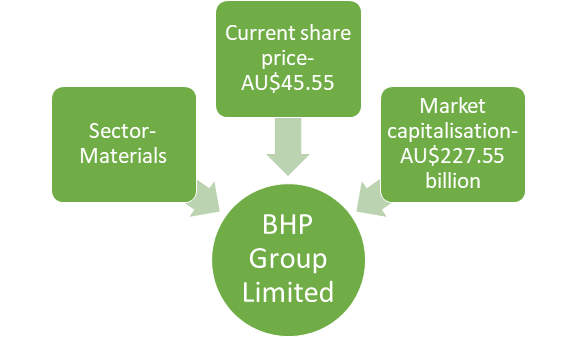 Furthermore, the prices of crude oil and WTI are holding above the US$100 mark. It could be another reason for the BHP share price surge on the ASX today.

The share price of BHP has fallen over 12% on the ASX over the past one month, driven by plunging commodity prices and lower production in Q3 FY22.

During Q3 FY22, BHP’s copper production increased just by 1% compared to the previous corresponding period. On the other hand, BHP’s primary business of iron ore production was down by 10% in the given period compared to Q3 FY21.

Similarly, BHP’s energy coal and nickel production were both down by 13% each in Q3 FY22, compared to the previous corresponding period. Meanwhile, BHP’s metallurgical coal production increased by 20% in the given period.

The lower production of iron ore and other commodities were driven by COVID-19 related challenges and the labour shortage faced by BHP during Q3 FY22.