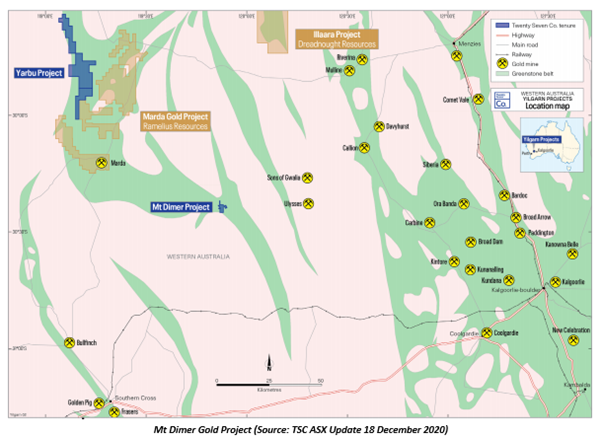 Since 1996, there has been no substantial exploration program at the project site. The historical drilling program from 1990s and the four drill holes in 2017 have highlighted the presence of substantial gold mineralisation beneath the open pit and along the strike. 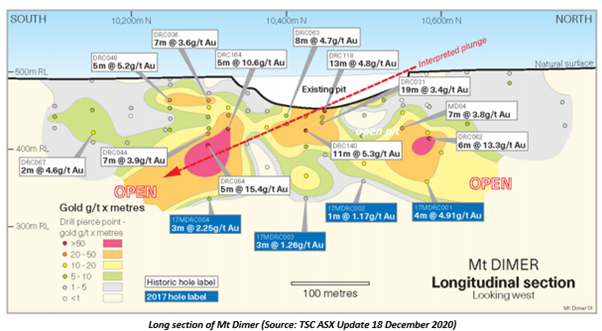 A north-south long section of the Mt Dimer deposit displays the gold mineralisation (open at depth) plunging near-surface to the south beneath the current open pit surface.

After the acquisition of the Mt Dimer Gold Project in November 2020, TSC has already concluded a site visit and other critical tasks including-

Now, that the drill planning and the regulatory approval are in place, TSC can finalise drilling contracts and logistics to commence work as and when possible during the Q1 of 2021 with a JORC resource estimation planned for later during the year.

While the previous explorers focused on the gold mineralisation associated with mafic enclaves within the granitic country rock similar to the Aurumin Limited (ASX: AUN) deposit to the west, the extension of the Mt Dimer host rocks remains underexplored, outlining a substantial opportunity.

Next Steps and Way Forward