Surefire Resources NL (ASX:SRN) has spent considerable time reinterpreting data from its current projects in the past few months. Besides, the Company is reviewing and appraising several new project opportunities across numerous target commodities. It remains confident that there are ample opportunities available to work towards.

On 30 October 2020, the Company released its September 2020 quarterly activities report. 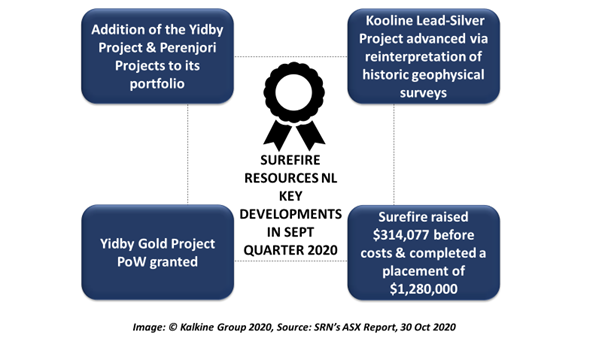 MUST READ: Developments In FY20 Continue Momentum In FY21

The Yidby Project covering 113.77km², is better advanced than the Perenjori Project. It is located within the southern section of the Yalgoo-Singleton Greenstone Belt (YSGB) near Ninghan Station Homestead.

The Project has all three prospective gold tenements (E59/2426, E59/2390 and E59/2442) granted during the September quarter. So much so, work is in full swing with approvals attained and preparations in place for a maiden drilling campaign.

The area hosts mineralisation for iron, gold and base metals in a majorly under-explored part of the Murchison Province.

The vanadium-magnetite-titanium resource contains up to 20% alumina. It holds potential for 4N HPA production with value up to US$30,000/tonne.

The Company has been progressing work towards assessment of the High Purity Alumina potential of the alumina contained within the vanadiferous titanomagnetite resource at Unaly Hill, Murchison in Western Australia.

At the project, the next phase of testing will concentrate on purification of the leach liquor (removal of Fe and Ti), along with recovery of alumina by crystallisation.

The Kooline Project has many exciting credentials: ore-grade lead, silver, and copper, along with highly anomalous gold. It is stationed in the Ashburton Province of Western Australia.

Surefire Resources believes that that interpretive work in progress will allow accurate drill targeting and identification of untested geophysical targets.

Mount Magnet has significant potential to host new discoveries and has produced more than 6 million ounces of gold in the past. Surefire Resources’ new application was granted on 30 September 2020. It comprises of two graticular blocks for 6.06 km².

Funds from the placement are likely to enable the expansion of exploration and drilling activities on the Yidby Project and the Perenjori Project.

Undoubtedly, Surefire Resources seems to have had an action-packed September 2020 quarter. Developments made in this reporting period are likely to progress ahead, as the market awaits more progressive updates from this Western Australia-based promising explorer. 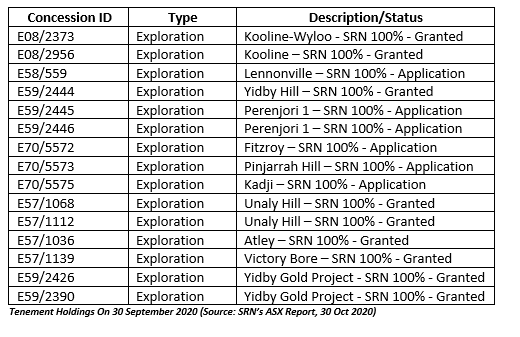