Field exploration activities at the Bruce gold project in the Northern Territory has been started as announced by the Gold & Iron ore explorer and miner, Shree Minerals Ltd. (ASX:SHH).

Scope of the Field Exploration Program: Where & Why?

The on-ground activities and the sampling program will determine the extent of the gossanous quartz veins and is expected to confirm the assay results from the previous exploration programs. The assay results of the historical rock chip sampling program undertaken by the Northern Territory Geological Survey (NTGS) on the gossanous quartz veins had returned grades up to 53 grams of Gold per tonne of ores. Previously in 1996, Roebuck Resources had also completed a rock-chip sampling program which resulted in very anomalous assays.

The veins have been hosted within a mixed rock sequence which include mica schist, calc-silicate and amphibolite forming portions of the Irindinia Gneiss. Various sporadic gossanous quartz veins were identified along the 2-kilometre strike during the Olympia Resources prospecting activities along the veins during 2005. 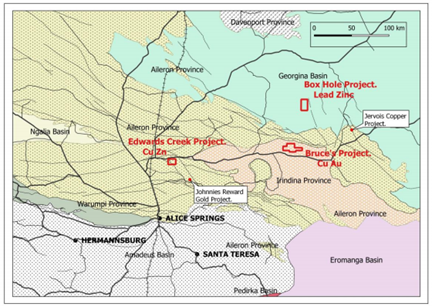 Shree Minerals during the June quarter announced entering into a farm-in and joint venture partnership agreement at the Territory Lithium Pty Limited’s (TLPL) Bruce Gold, Box Hole and the Edwards Creek Projects to explore gold and base metals.

Shree had identified outcropping quartz veins at the Bruce gold prospect from the interpretation of the regional aerial imagery and had planned to undertake an exploration program soon after the entering into the partnership. Field reconnaissance and sampling program aim to determine if the regional veins exhibit the same gossanous characteristics as Bruce’s Prospect.

The exploration program comprising of the reconnaissance geological mapping and sampling would be followed by more detailed soil sampling program over the identified quartz gossans to detect the priority drilling targets.

Gossans exhibits a strong gold and pathfinder geochemistry relative to the background and will be prioritised for drilling.