Iron ore and gold explorer, Shree Minerals Ltd. (ASX:SHH) is growing its foothold in the prolific mining jurisdictions in the neighbourhood of established large-scale mining operations. The exploration and development company envisions to develop an array of highly prospective gold and iron ore projects across Australia leveraging its strong background in fast-track development of the mineral projects.

The company is credited as a pioneer to conceptualise and develop a Direct Shipping Ore (DSO) Iron Ore shipping operation at the Nelson Bay Iron River project in Tasmania delivering strong value to its shareholders and the regional community. The commercial success of the DSO mining operations had motivated other players in the region to develop similar operations contributing substantially to the local community and the regional infrastructure.

Fraser Dundas Gold Project: Another shot in the Arm

The Fraser Dundas project consists of 2 exploration licence applications (E63/2046 and E63/2048), almost 60 kilometres from Norseman in the Albany Fraser province of Western Australia. The prospective exploration ground is interpreted to coincide with the southern extent of the renowned Boulder Lefroy Fault Zone (BLFZ) and the Zuleika shear. 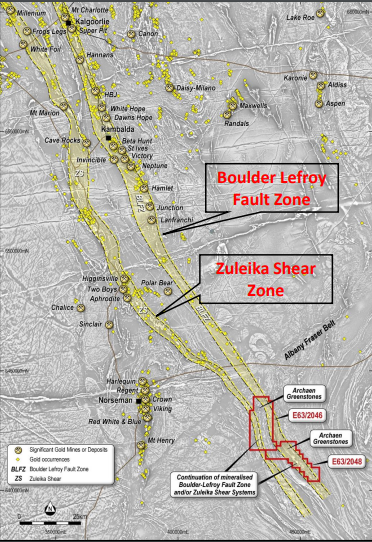 Shree Minerals considers the project to be located within a major structural corridor hosting world class gold deposit. The mafic rock formations and unknown geochemical anomalies within the underexplored region are validating the exploration potential at the project.

The project remains highly underexplored with only restricted exploration in the area due to the thin blanketed transported cover. 1 km spaced auger traverses were undertaken by AngloGold Ashanti Australia and a RAB/RC drilling program was conducted by Pan Australian Resources back in 1990’s discovering gold mineralisation at the ELA63/2046 tenement. The historical exploration program by Pan Australian Resources suggested that the mineralisation is more extensive than indicated by drilling. 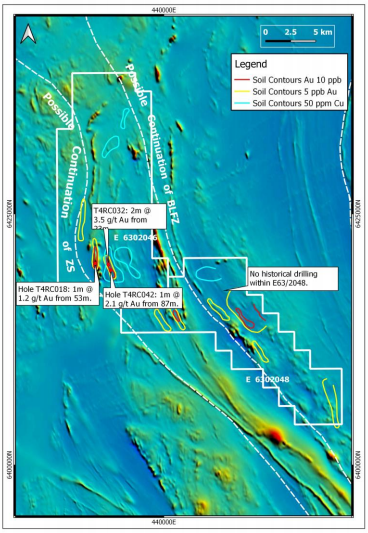 The drilling program intersected gold mineralisation with gold grades up to 3.5 g/t. Here are some of the intercepts-

The in-fill auger sampling and RAB/AC drilling program has planned. The tenement ELA63/2048 remains untested but holds prospective auger anomalies of length up to 6 kilometres.

*All financials are in AUD unless specified.