The Company owns some prolific land areas in the globally renowned and richly endowed large base metal deposits. RNX has been seeking to advance its exploration activities throughout the project portfolio that includes, the Yandal East Gold Project (Flagship Project) and the Yukon Base Metal Project (90% Interest). 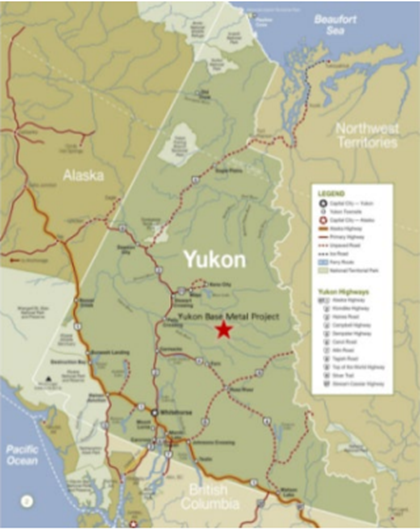 Here, we shall discuss RNX’s Yukon Base Metal Project that has several very high-priority drill targets for resource expansion.

Acquisition of the Project in 2007

In 2007, RNX acquired a 90% interest in the Yukon Base Metal Project that comprises more than 1,500 Mineral Claims covering approximately 350km2 within the highly prospective Selwyn Basin, Yukon Territory, Canada.

Activities Undertaken at the Project

Since its acquisition, the project has witnessed 350 diamond drill holes for over 40,000 metres, and RNX discovered three separate zinc deposits at the area. This further indicated the potential to broaden the resource base at the Yukon Base Metal Project.

Interestingly, the mineralisation at the Andrew, Darcy and Darin Deposits remains open at depth and along strike.

In February 2020, RNX had obtained all necessary approvals for the rollover of permits comprising the Yukon Base Metal Project. These were obtained after the permits expired in September 2019 and the approval was received following the submissions made to the Yukon Department of Energy, Mines and Resources.

The approval allowed RNX to conduct exploration activity for a period of ten years with expiry being 6 February 2030 as per the permit guidelines.

Further, RNX was heavily occupied with its engagements in search of funding, partners or divestment of the project due to the length of time securing the rollover of the Project.

Subsequent to the completion of the rollover at the project, RNX recommenced its engagements with the interested parties.

Off late, the Company shared its intentions to sell the Yukon Project and has inked a Letter of Intent with Scharfe Holdings Inc., a Vancouver based boutique investment advisory group, in connection with the potential sale of the project.

Scharfe has a track record of several successful transactions in the resource and technology sectors over the last ten years.

As per the letter of intent, a period of exclusivity until 30 October 2020 has been granted to Scharfe to conduct due diligence and reach a Share Purchase Agreement to acquire RNX’s Canadian subsidiary, Overland Resources Yukon Limited.

The sale shall comprise of purchase consideration of A$1,650,000 in cash payments along with a committed exploration and development expenditure worth C$500,000 on the Yukon Project before the end of CY 2021.

The current focus of the Company now remains on continuing programs at its Yandal East Gold Project as well as pursuing fresh opportunities. Moreover, RNX has commenced work in connection with a gravity program at the Yandal Project to generate new targets for drilling and high definition interpretation of structures.