The successive string of developments undertaken by ASX-listed explorer and developer Renascor Resources Limited (ASX: RNU) appears to have given a boost to its project pipeline in South Australia. Taking another strategic step forward down the same road, the Company has secured a binding agreement with Rio Tinto Exploration.

The agreement is regarding EL 5586, which is a part of the Company’s Marree Project in the Adelaide Fold Belt of South Australia. The agreement offers Renascor the opportunity to utilise the resources and exploration expertise of Rio Tinto Exploration and maintain its focus on core projects having near-term potential promising for delivering significant value uplift.

Lens on the Agreement

Renascor’s binding farm-in and joint venture agreement is regarding EL 5586 with Rio Tinto Exploration Pty Limited, which is a wholly owned subsidiary of Rio Tinto Limited (ASX: RIO). EL 5586 together with EL 6170 and EL 6403, form the Marree Project of Renascor Resources. 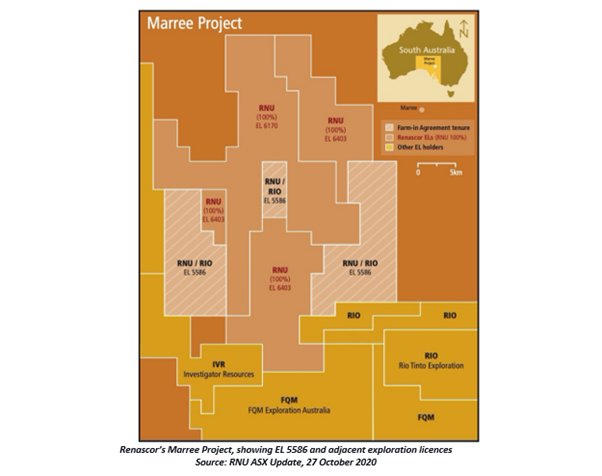 Renascor will retain a 100% stake in the rest of the exploration licences (EL 6170 and EL 6403) that are part of the Marree Project.

The current activities of Renascor are focused on its wholly owned Siviour Battery Anode Materials Project as well as Carnding Gold Project. Work programs include:

The Company recently completed ground clearance surveys and geological mapping. Ongoing and further works at the project include: