2020 has been an extremely difficult year owing to COVID-19. Despite hindrances, the team at Australian exploration company MRG Metals Limited (ASX:MRQ) has achieved a lot during these trying times.

As its most recent milestone, the Company has announced receiving the final grant of Exploration Licences 6842L (Marao) and 6846L (Marruca) from INAMI. Besides, information gained in the technical review, together with MRG Metals’ working knowledge has been used to develop a work program for the Marao and Marruca Projects. Notably, exploration will commence immediately at Marao. 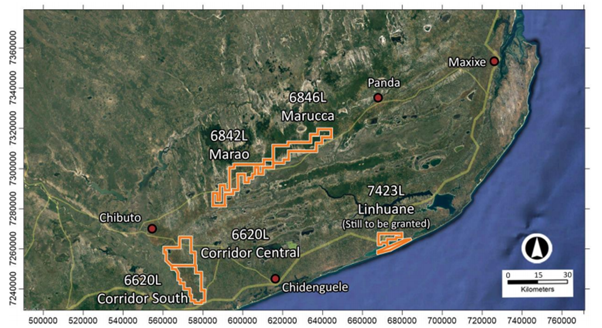 The heavy mineral mineralised zones in the paleo aeolian dunes have comparatively large widths, strike, and thicknesses in this area from the exploration done by the Company at the Corridor Central and Corridor South projects, along with information available from the Corridor Sands project.

The strike of the mineralisation from the Company deposits and Corridor Sands is numerous kilometers along the paleo dune system strike (SW-NE). Besides, the width is generally in the >1km range in the NW-SE direction.

A drill spacing as the first phase at 1km inter-line on strike and 500m inter-drillhole on the lines is seen as a realistic spacing to explore the deposits. Below is the exploration plan, provided by the Company- 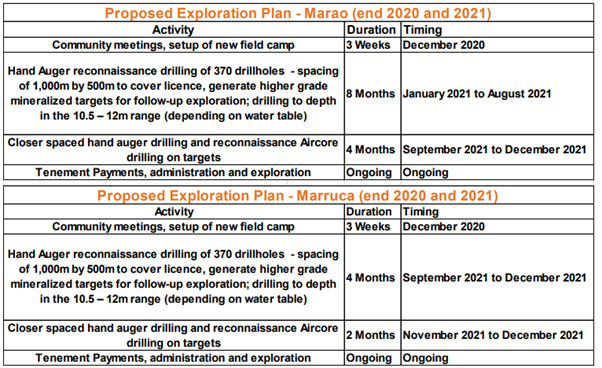 The Marao and Marruca licences are in close proximity to a paleo coastline in the south, evidenced by raised beach sediments / coastal sandstone towards the south of the licences.

When it comes to historical work, limited regional exploration drilling by Rio Tinto resulted in 25 widely spaced (generally 1km spaced on drill lines, but drill line orientations random / according to easy access) hand auger holes being drilled within the Marao licence. However, no historic work has taken place on the Marruca licence.

Note: The possibility of the paleo-dunes being thinner within both the licences and typically high THM grade beach placer deposits (strandline deposits) being present within drilling depths needs to be investigated.

DID YOU READ: Analytical Results From Maiden Aircore Drilling Program At Nhacutse & Bungane?

To date this year, the Corridor Central and Corridor south reconnaissance drilling programs have resulted in multiple high targets resulting in a maiden MRE at Koko Massava of 1.4BT at 5.2% and more recently, multiple 50-100MT potential zones at Nhacutse and Poiombo.

After this success, MRG Metals now plans to utilise the same low-cost techniques at its new licences, Marao and Marruca. Besides, the 7423 L (Linhuane) application with INAMI remains under review.  MRG Metals is optimistic of an approval being received in the coming months. 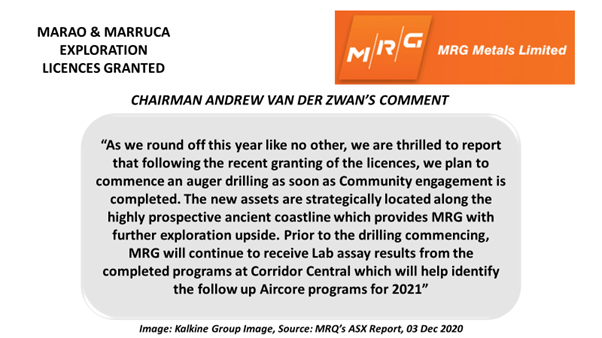