One such project that has seamlessly delivered outstanding results is Renascor’s 100%-owned Battery Anode Materials Project, stationed in South Australia.

The Company plans a vertically integrated battery anode material operation to produce Purified Spherical Graphite (PSG) for use in lithium-ion battery anodes. For this, Renascor plans to combine a mining operation stationed at the South Australian project, Siviour with a downstream processing operation. 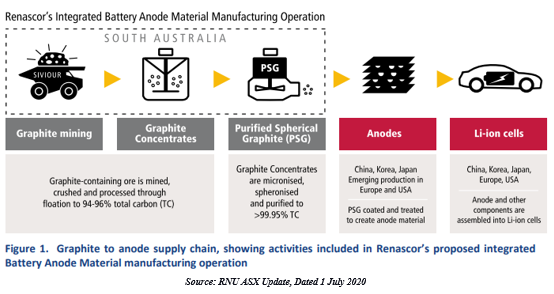 The recent advancements in the project have been typically characterised by the successful completion of a Battery Anode Material Study and impressive test results that seem to boost the confidence in the project.

As global EV market growth continues to intensify the demand for lithium-ion batteries, requiring significant graphite and PSG usage, let us explore the project’s robustness amidst the booming prospects. The project would be appraised using four benchmarks, which include its relevance, efficiency, effectiveness, and sustainability for gauging overall competitiveness in the global market.

Siviour: The Largest Reported Graphite Ore Reserve Outside of Africa

The upgraded Ore Reserve offers further confidence in terms of size and quality of the Siviour deposit as a consistent, high-quality graphite source supporting a mine life of over 40 years.

Renascor’s Managing Director, David Christensen quotes, “Siviour has a key competitive advantage in being able to produce Graphite Concentrates at a cost that is amongst the lowest of any graphite development in the world.”

A globally competitive gross operating cost of US$1,989 per tonne of PSG has been indicated by the Battery Anode Material Study. The Company aims to achieve this cost-effectiveness by leveraging off the comparatively low-cost of the Siviour Graphite Concentrates as feedstock for producing PSG, and also co-locating the downstream operation in Australia. 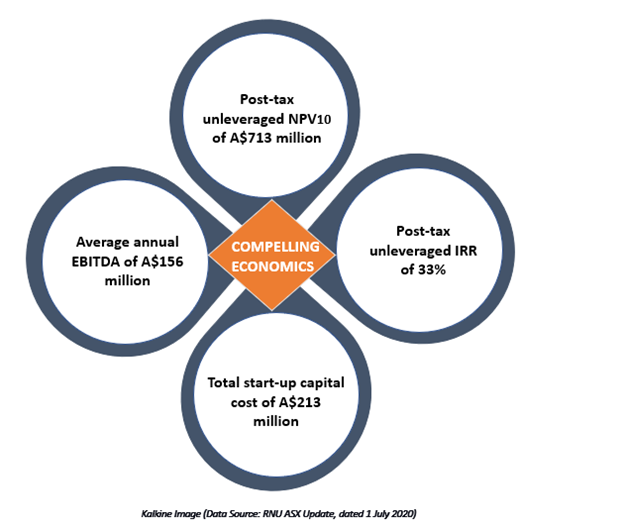 The favourable cost position is particularly crucial for Siviour PSG processing operations, compared to other proposed PSG operations that are not vertically integrated.

The co-location of the Graphite Concentrate and PSG operations in South Australia reduces additional shipping costs, with the battery anode material operation intended to be stationed in Port Adelaide. Significantly, it lies within the planned transport corridor for Siviour Graphite Concentrates.

Renascor has been committed to technical developments and engaged for three years of intensive testing and process design in Australia, Germany and China to develop sustainable as well as a commercially viable process.

The amalgamation of lucrative opportunities and the project’s strength together could contribute towards fostering a strong competitive advantage in the growing battery market. Meanwhile, Renascor with strong government support is engaged in offtake discussions.