Energy company Boss Energy Limited (ASX:BOE) announced that it would soon start the seismic reflection program. The program forms a part of its plan to increase the inventory at its Honeymoon Uranium Project in SA.

The seismic reflection program is intended to detect the possibility of uranium-bearing sediments within the known mineralised palaeochannels before a planned drilling campaign begins in the next quarter. 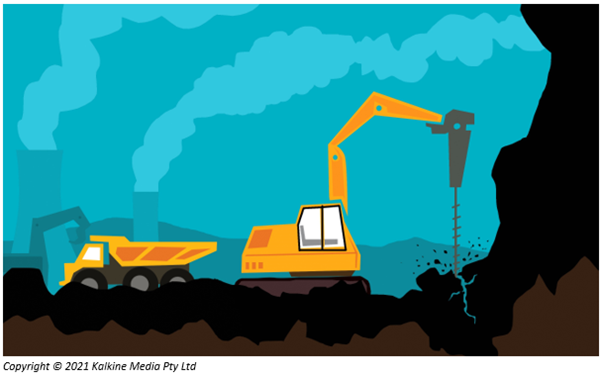 Seismic surveying is relatively new in shallow mineral deposits exploration. However, the Company in 2019 identified the potential advantage of seismic methods and started integrating these techniques into its exploration programs.

Through the seismic datasets along with all current geoscientific information, BOE would be able to lessen the number of holes drilled to locate any additional resources within its predefined Exploration Target regions. This would enable streamlining of ground-based workflows and thus conserve exploration funds.

Duncan Craib, the Managing Director of Boss Energy, stated that the Company is on way to get Honeymoon into production based on the outcome of the Enhanced Feasibility Study. The upcoming seismic reflection program, followed by the drilling is intended to create value by increasing the mineral resources inventory for Honeymoon. He highlighted that the project has significant exploration upside.

What is the strategy?

Through this exploration, the Company aims to create value by growing the Honeymoon Uranium Project's production profile and increasing the mine life. The strategy is two-fold:

ALSO READ: Why are Boss Energy and Duratec Limited shares in the spotlight?

Funding of the project

The Company's long-term exploration plan is to use innovative ways for regional investigations. However, BOE received extra financial support from the South Australian State Government. The government awarded AU$275,000 exploration grant to the Company by means of the Accelerated Discovery Initiative. This funding would help BOE in the planned 2021 exploration field season, with the constant introduction of innovative exploration options for palaeovalley definition, quicker drill target generation, along with the subsequent growth of current uranium JORC mineral resources.

Further, the Accelerated Discovery Initiative is a component of the Growth State Agenda that intends to speed up mineral discoveries by means of advanced exploration as well as research assignments in regional & frontier terrains all through South Australia (SA).

Boss Energy is amongst few with uranium assets like Honeymoon that is prepared to take part in the initial phases of the new uranium bull market. It is possible that the rising uranium prices might position the Company to develop into the country’s next producer of up to 3.3M lbs annually.