Adding hues onto the rainbow, Boadicea Resources has applied for licence E45/5818 covering an additional 230 square kilometres of tenements in the Paterson Province of Western Australia. The recent tenement application puts it in good company with major headline makers proving up the resources and potential of Australia’s most exciting gold province.

Already the Koongulla Project, of which Boadicea acquired 95% in June this year, is turning out to be an exciting acquisition. Meanwhile, Boadicea management has wasted no time in exploring the tenement and identified six targets for further analysis and exploration to be undertaken this quarter.

Significantly, land to the north-east of what is looking like a highly prospective Koongulla, was quickly identified as unencumbered, and Boadicea’s management moved swiftly to apply for the licence.

With this backdrop, let us explore some critical elements catalysing the advancing journey of Boadicea Resources and further uplifting its growth opportunities. 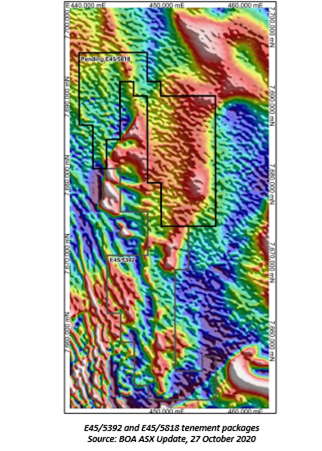 With the approval of application, the Company would hold 100% of Koongulla North Project, thereby adding an area of 230km2 to its already extensive exploration grounds in one of the Australia’s hottest exploration addresses.

Significantly, it would bring a total exploration holding of 488km2 under Boadicea Resources, which already has 95% stake in the Koongulla Project (EL45/5392).

Magnetic survey targets: Another Notch on the Belt

The current exploration grounds of the Koongulla Project have exhibited a winning streak for the Company, with the first pass high level review of the project churning out exceptional results. Boadicea Resources unveiled the project as a pure greenfields exploration play, as its dedicated search and review of historical exploration data indicated no on-ground exploration activities.

Building upon the exciting initial data, the Company committed to conducting a first pass preliminary assessment and interpretation of the Project, via compilation, reprocessing and enhancement of all available geophysics.

The review has yielded encouraging results with the high-level interpretation highlighting a series of potential regional scale structures and trends indicating complex geology beneath the cover of Canning Basin Sediments.

Significantly, the high-level regional-scale geophysical review that has been expanded to cover the newly pegged ground has identified a series of target areas. The company has identified six target zones across E45/5392 and E45/5818.

It has made the Koongulla Project a highly prospective exploration asset within the Paterson Province, which has a history of successful exploration and production. From Newcrest Mining Limited’s (ASX:NCM) large-scale underground copper-gold operation at Telfer to Rio Tinto’s (ASX:RIO) extensive copper resources at Winu and more recently Newcrest’s Havieron project,  the region certainly offers exciting landscape for exploration.

Sharing similar location and prospects, growth-focussed Boadicea Resources continues to bask in the glory of noteworthy scope offered by the project.

Boadicea Resources has magnificently turned opportunities into success while simultaneously unlocking value-potential of the Koongulla Project. Thanks to the exceedingly competent board with extensive and diversified set of right experience and expertise, the Company has glided effectively to leverage off the growth opportunities. 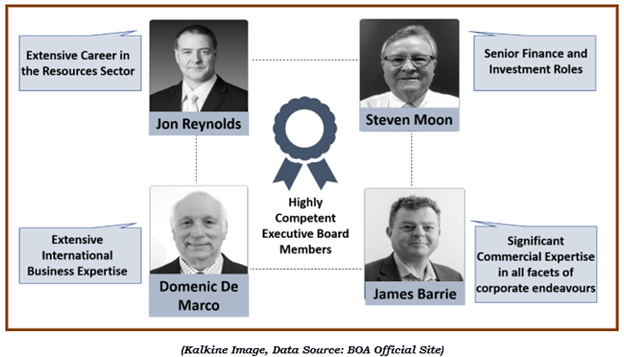 Strategic endeavours of the leaders have paid off well, steering the Company ahead with the help of their broad technical background and wealth of experience. The recent review accelerating the fast-track development of the Koongulla Project and the application for further prospective exploration grounds to the project’s north is a testament to the enthusiastic management approach.

Meanwhile, the management has charted out the next stage of developments at the Koongulla Project, fostering the company to achieve a cornucopia of laurels in the near future.

The new tenement E45/5818 has been pegged following the initial review of the existing geophysics. The Company meanwhile is focussed on varying activities.