Oil and natural gas have been an integral part of the energy system for decades, even after several efforts and commitments were made to reduce the emissions associated with their burning, in line with the Paris Agreement. It is very important to reduce the immediate environmental effects associated with the exploration, production and consumption of these fossil fuels.

The attention is now increasing to curb the indirect emission associated with the extraction, processing, and transportation of hydrocarbons. Indirect greenhouse gas emission from oil and gas operations includes both methane and carbon dioxide emission. International Energy Agency (IEA) estimates reveal that indirect emission accounts for 5200Mt of carbon dioxide equivalent at present.

In a move to curb greenhouse emissions, the world’s leading resource player, BHP Group (ASX:BHP) is looking for options to get out from the oil and gas business in a multi-billion dollar exit. The significant announcement by the resource giant is made at a time when the company's fossil fuel business is on the boom and expecting to earn more than US$2 billion this year. The full-fledged decision is not yet taken but the internal discussion is due to intense pressure to shift away from hydrocarbons. 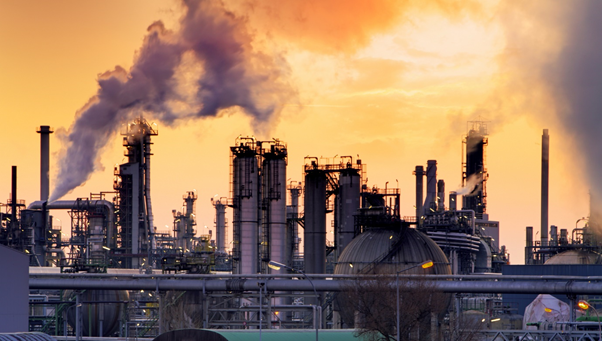 The O&G businesses across the globe are already facing financial threats due to a continuous boom and bust cycle. Adding to that, the newer challenges of the global green shift are creating extra pressure on the oil and gas exploration and production (E&P) companies.

The surprising rise in the sales of electric vehicles in the last two years coupled with a strong investment in the battery manufacturing sector has already dented the demand for fossil fuels significantly. In addition to that, various countries across the globe are planning to ban the expansion of the local natural gas network, an effort to electrify buildings to meet climate goals. Above all these factors, the increased use of renewable energy sources and investors' concern about the financial risk associated with climate change is forcing oil and gas companies to divest in the sector.

Good Read: Has the earth’s energy imbalance doubled in the last 14 years?

The path towards Renewables:

Oil and gas giants across the globe are now focusing on the next generation energy sources i.e. renewables. One of the biggest multinational O&G companies, British Petroleum (BP) has funded various Princeton, Harvard, and Tufts research projects. American O&G giant, ExxonMobil has funded energy research at Princeton, Stanford, MIT and the University of Texas.

Eni also operates a Renewable Energy and Environmental Center in Italy, which is devoting its research in solar energy technology.

Apart from this, Exxon has also invested a sum of nearly US$250 million towards the R&D in biofuels in the last decade. Since 2000, the company has invested US$4 billion on flaring reductions and upstream efficiency projects.

Must Read: What is a net zero economy? Is it possible?