Minerals explorer and developer Renegade Exploration Limited (ASX:RNX) has informed that it has kickstarted an airborne magnetic survey at its Yandal East Project. The survey is aimed at recently developed nickel prospects and gold targets. 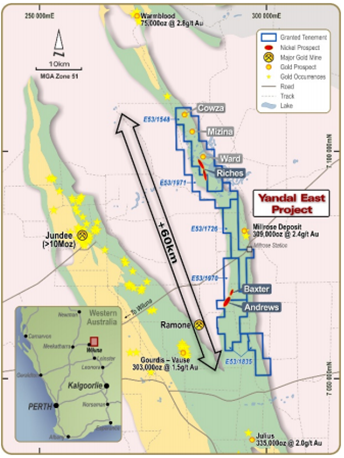 RNX is utilising drone technology to conduct the program, which is expected to complete within two weeks. Moreover, the Riches Prospect, located just south of RNX’s Ward Prospect, presents the best target to date and was recently drilled with reported broad lower grade gold intersections. 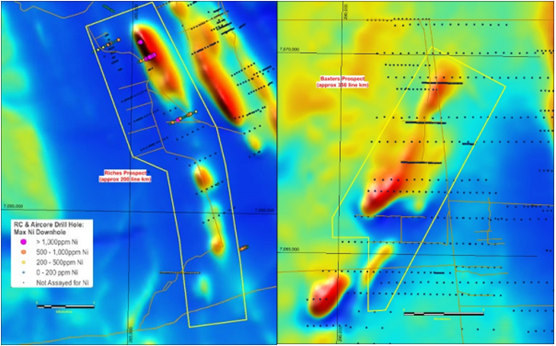 The airborne EM is expected to assist in defining Baxter/Andrews Prospects for gold as well as nickel prospectivity. Moreover, due to the existence of some outcrop in this area, RNX also looks forward to conducting some field sampling.

Further, RNX has also planned follow-up ground geophysical programs over these areas in January or February, subject to availability of the contractor. Moreover, these will be interpreted along with the latest gravity survey, and historical drilling and sampling information.

According to the previous update, RNX had completed six holes for 1,087m of a proposed 1,500m program at the Yandal East Project. The lack of rig and personnel resources led to the completion of lesser than planned program. All six holes were concluded at the Ward Prospect and intersected broad mineralised zones, with many of these ending in mineralisation.

Sale of Yukon Base Metal Project

At the Yukon base metal project, RNX has finalised and executed a Share Purchase Agreement in connection to the sale of its Yukon Project. RNX had earlier entered a Letter of Intent with Scharfe Holdings Inc. for the potential sale of the project and has now received the first payment amounting to $250,000.

All in all, RNX remains confident that it will identify targets for drilling in the coming year. The Company aims to deliver on its overall aim of generating long-term shareholder value by emerging as a mid-tier resource company by engaging in identification, acquisition as well as the growth of mineral deposits.

Important Update: RNX Share Price Rallies 300% In the Past Year, A Look at Past Activities and Potential Opportunities