Corazon recently concluded a 430 line-kilometre MobileMT airborne geophysical survey across major portions of the Lynn Lake Project area to further define and prioritise targets for the next phase of the drilling program. 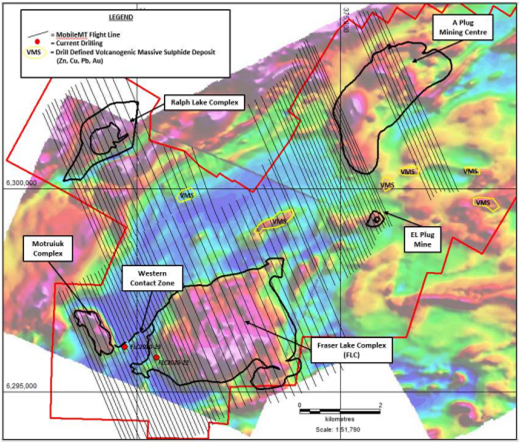 The interrogation of the geophysical data acquired from the MobileMT survey is currently underway. The final extensive results with the prioritised drill targets are anticipated by the end of October.

The initial results of the geophysical technique highlight numerous prospective areas. The geophysical data for these areas of interest are being incorporated along with the existing datasets which would be used for a detailed definition of priority drilling targets at Lynn Lake mining project.

Corazon has initially assessed priority targets which include coincident conductive and magnetic anomalies indicating high potential for hosting a strong nickel-copper magmatic sulphide mineralisation. Additional information on the potential targets for the successive drilling program is expected to be announced in due course.

Suggested Reading: Corazon Updates on Activities from the June Quarter

Corazon recently concluded a regional aerial Magneto-telluric (MobileMT) over the majority of the Lynn Lake Project area. The initial outcomes from flight lines over the historical Lynn Lake mining centre have proved the efficiency of the geophysical method in identifying nickel sulphide deposits.

Magneto-telluric (MobileMT) technique utilises the most advanced innovations in airborne electromagnetics and proven and most efficient audio frequency magnetics technology. The new-age technology has been efficiently tested on different mineralisation styles across the world.

Corazon had switched to the MobileMT technique at Lynn Lake following the inefficient exploration by the EM geophysical method. The MobileMT system offers 3D datasets which may be instrumental in identifying magmatic nickel-copper sulphides from other occurrences of sulphide origin.