5 Reasons Why Pacifico’s (ASX:PMY) Sorby Hills is Set for Excellent Achievements in 2021

Pacifico Minerals Limited (ASX:PMY) has been under the spotlight for displaying remarkable ability to steer exploration initiatives amid the pandemic. The Company is developing an open-pit Lead-Silver Sorby Hills project at WA’s Kimberly region.

Besides, the Company continued the legacy of solid exploration in September 2020 Quarter. To know more about the same, CLICK HERE. In view of this, Pacifico’s secret sauce of remarkable progress at Sorby Hills Project deserves closer attention.

As of 7 December 2020, Pacifico holds the cash of A$15.5 million with no debt. Notably, the Company is fully funded through to a decision to mine. The current cash reserves well support the Resource expansion as well as Definitive Feasibility Study (DFS) which is underway at Sorby Hills Project.

Meanwhile, the well-defined geology of the project is characterised by flat topography, easy free dig in first 18m, Life of Mine Strip Ratio of 8.0x and EPA approval for an open-pit mine and infrastructure.

Pacifico has completed three phases of drilling. The resource size and confidence has increased efficiently at the Sorby Hills with each drilling program. While the total Resource tonnage increased by more than 50%, the contained metal approximately tripled.

Furthermore, significant upside potential concerning scale-up and expansion of the project has not been incorporated in the PFS. 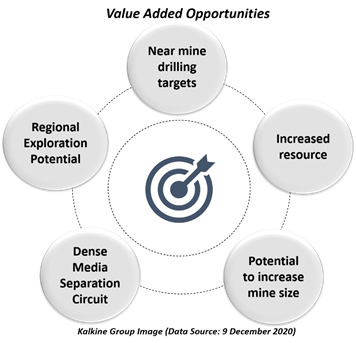 The Company intends to seek opportunities for advancing options, thereby aiding in maximising the economic returns from the Sorby Hills development.

Lead and silver play a critical role in the global transition towards a clean energy economy. The lead batteries find their applications in electric vehicles, e-bikes and 5G network base stations, all of which are witnessing high popularity.

Silver, on the other hand, provides a supply-demand overlay to the traditional storage of wealth thematic. It is the best-known conductor of electricity and has been witnessing a significant increase in its usage in photovoltaic.

The recent rise in the Silver price has been manifested in the PMY share price, typically highlighting the significance of the precious metal in the value of Sorby Hills. 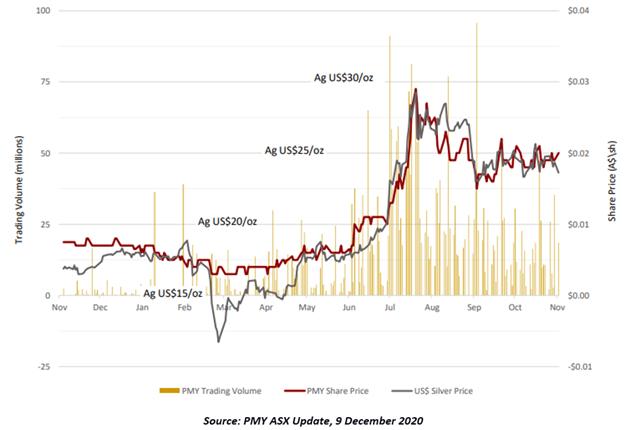 Explorations Stepping up the Ladder

Subject to positive assay results from the recently completed drilling, Pacifico intends to undertake phase V drilling planned for Q2 2021 in the DFS. The focus would be supporting an increased mining rate as well as processing capacity.

READ MORE: Pacifico Minerals (ASX:PMY) Chalks Out Another Victory with the Completion of Phase IV Drilling at Sorby Hills

Alongside, high-resolution gravity survey has been completed over the northern half of Eight Mile Creek (E80/5317), and the review of data is underway. The Company has planned soil sampling and stratigraphic drilling for 2021.