In what comes as a major boost to the EV industry, Tesla has received its biggest-ever order for 100,000 units of Model 3. Hertz Global Holding Inc., a rental car company, has placed the massive order with Tesla.

The order, valued at around US$4.2 billion, is expected to be completed in the next 14 months.

As soon as the news broke out on the Wall Street, investors and traders rushed to buy the shares of Tesla.

The shares rose 13% during the intraday trade on 25 October, and the Company’s market capitalisation crossed the US$1 trillion mark, a feat which has been achieved by a handful of corporations.

Hertz also gained 10% on the back of the news. 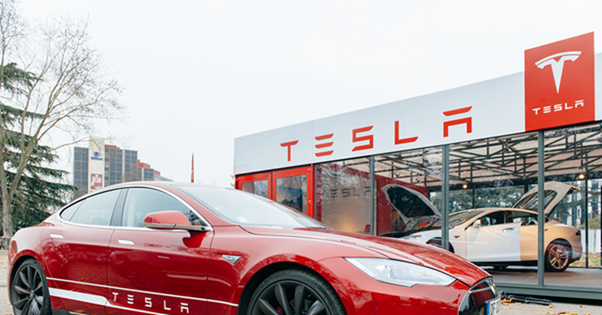 As the popularity of EVs is growing, the demand for lithium is also on the rise. The lithium prices have already doubled this year.

Automakers and Li-battery manufacturers are rushing to secure the supply of lithium as the prices may go north with strong market sentiments expected for electric vehicles in days to come.

Related read: A look at Tesla’s Journey in 2021 and beyond

Australia, which holds one of the world’s largest lithium resources, accounts for around 50% of the lithium export market.

Let us flick through some of lithium stocks listed on the ASX amidst the current buoyant market conditions.

Piedmont Lithium operates lithium assets in North Carolina, the US. The Company has set a target to produce 160,000 tonnes of spodumene concentrate annually to extract 22,700 tonnes of battery-grade lithium hydroxide.

Recently, PLL announced an updated mineral resource estimate for its project at around 44.2Mt @ 1.08% Li2O.

Shares of PLL gained 10% during the early hours of trading on 26 October.

Pilbara Minerals has finalised a joint venture with South Korean conglomerate POSCO for setting up a downstream lithium chemicals facility in Gwangyang, South Korea. The proposed plant will have a capacity of 43ktpa of battery-grade lithium hydroxide.

The Company is advancing well with contracting arrangements for further shipments during the December 2021 quarter and March 2022 quarter at an average price of US$1,650/tonne, nearly double from the price in September quarter.

Orocobre’s Naraha Plant in Japan is reaching its final stage of completion, and pre-commissioning works are underway. The plant will produce battery-grade lithium hydroxide.

Apart from the lithium projects, the Company also operates one nickel and one vanadium project in Australia.

Core Lithium operates the Finniss Lithium Project in the Northern Territory of Australia. The Company recently commenced construction works on the project after completing the FID last month.

Site construction is well underway, and mining activity is planned later this year.

Core Lithium expects the first production from the project in Q4 of 2022.

Related read: Here’s why Core Lithium (ASX:CXO) should be on investors' radar

Vulcan Energy recently signed a series of agreements to push its lithium project to the next level. The latest agreement with Polish battery material producer Umicore is for the supply of lithium hydroxide.

The Company aspires to become the first lithium producer with net-zero carbon emissions in the world.