VSPC had begun a project in October last year to explore low-cost raw material alternatives for its proprietary process of cathode material synthesis. The project was co-funded by the Federal government's not-for-profit organization, AMGC.

The project was aimed at proving that it was technically feasible to produce an advanced LFP cathode material by using fewer chemical agents. Another objective was to  assess the techno-economic feasibility of LFP synthesis using low-cost raw materials like iron sulphate, iron oxides and lithium phosphate.

The project has now completed its stage 3, and VSPC confirms that: 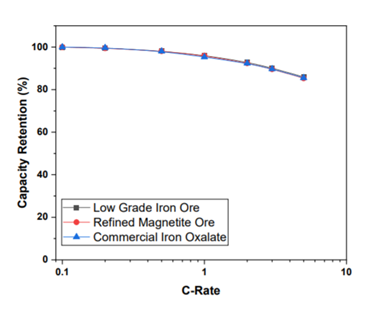 The project has advanced to stage 4, and the work on process refinements and scaleup is underway.

LIT also updated the exchange that its shareholders have fully paid the unpaid balance on 9,750,000 LITCF partly paid ordinary shares in the capital of the Company (LITCF).  The shareholders paid AUD 0.0499 for each LITCF for a total consideration of AUD 486,525.

LIT has requested the ASX to change the designation of these 9,750,000 shares to the ASX code 'LIT'. 119,111,041 LITCF shares remain on the issue. The shareholders who paid the outstanding amounts on their LITCFs will shortly get the statements.