Lithium Australia NL (ASX: LIT) is committed to creating a circular battery economy for the battery industry by ensuring an ethical and sustainable supply of energy metals.

The deals have provided LIT, exposure to gold and base metals at low cost while preserving 100 per cent of the lithium potential of the concerned projects.

Lake Johnston and Medcalf project: These projects are at 470 kilometres east of Perth, Western Australia (WA).

Earlier, LIT had implemented reconnaissance geological mapping and geochemical sampling there. Leading to the finding of a spodumene pegmatite cluster at Tamar Hill, near Lake Medcalf.

Now, the company, along with joint-venture partner Okapi Resources, will examine lithium and gold targets around the project’s areas during the December 2020 quarter. 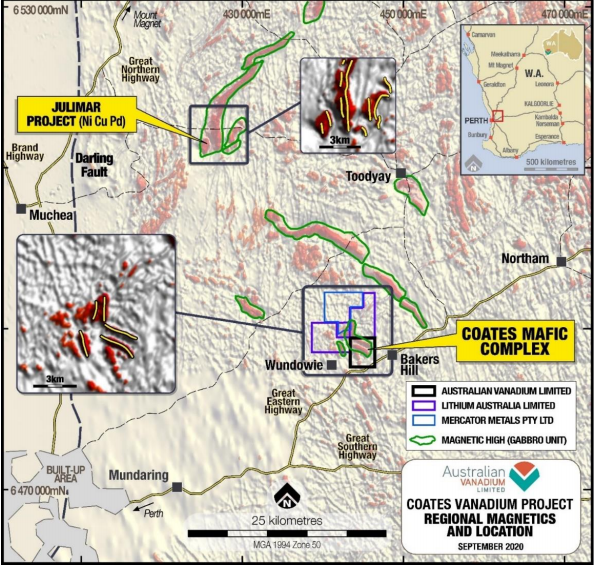 On 27 May 2020, LIT announced a collaboration with Australian Vanadium and Mercator Metals to evaluate the complex.

The exploration licence E27/562 was transferred to Metal Hawk for a consideration of AUD 60,000. LIT holds 100 per cent of the rights to lithium mineralisation at Emu Lake, and manages the tenement holding costs and expenditure commitments.

LIT targeted the tenement as having potential for lithium mineralisation as it is peripheral to a cluster of Kurnalpi Terrane granite intrusions. At these intrusions, most lithium-bearing pegmatites occur inside a 5 km halo around alkali metal-enriched granitic intrusions.

Greenbushes area: It is situated 200 km south of Perth, WA, which hosts the world's biggest lithium mine. LIT with subsidiary Stanifer Pty Ltd, has a notable exploration holding proximal to that mine.

Talison Lithium Pty Ltd, which is a joint venture between two of the world's biggest lithium companies - Albemarle Corporation and Tianqi Lithium Corporation, operates the mine.

Lepidolite Hill: It is situated 15 km south of Coolgardie in WA. LIT and Focus Minerals Limited (ASX: FML) have mutually agreed to cancel the Coolgardie Rare Metals Venture. It will result in transferring 100 per cent of specific titles to LIT in return for a royalty payable to Focus.

As per the agreed terms, Focus will transfer Lepidolite Hill tenements P15/5574, P15/5739 and P15/5575 to LIT. LIT will grant Focus a royalty equal to 20% of the statutory royalties payable to WA in relation to those tenements.