China’s recent stance on the production curb, imports and exports of steel could be a challenge for other nations. China’s move to control the production of steel could mean a roadblock for the booming construction industry of Australia. Australia imports one third of its steel requirements, hence, supply chain glitches will impact pricing and construction of houses and other infrastructure consequently. According to media reports, the Chinese also intends to slap additional taxes on steel imports, further increasing the pressure on prices. The world’s largest steel producer has also reduced the tax rebates on exports and contributed to the price surge. 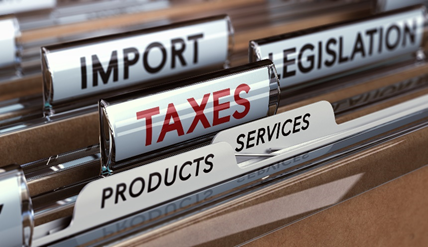 On this note, it would be interesting to see how some of the ASX listed companies in the construction field have been performing.

Sydney headquartered Boral Limited is a building and construction material provider. Boral is a mid-cap company with a market capitalisation of ~AU$7.40 billion. The 52-week returns on the shares have been 78.55%, but since 1 July, a mild dip of 9.51% has been seen. The shares saw a dip due to the divestment announcement in the Australian timber business for AU$64.5. The move was in the direction of resetting its portfolio of assets to build a stronger core business.

Jumping to earnings performance, for 1H21 ended 31 December 2020, the company’s Statutory Profit After Tax (NPAT) was AU$161 million. The EBIT from continuing operations was AU$215 million- down 8% compared to pcp of 1H20. However, operating cash flows grew 65% to AU$391 million due to improved debtor levels and inventory reductions.

The end of July saw the company announce Seven Group Holdings Limited’s (SGH) 69.6% ownership interest in Boral. Also came changes in the Board composition of the company. Ryan Stokes was appointed Chairman of the Board of Directors and Richard Richards, a SGH nominee, was appointed as a Director.

Headquartered in Dublin, Ireland, the company is dual-listed on NYSE and the ASX. It is a large-cap company with a market capitalisation of ~AU$23.10 billion. The company’s share price growth over a 52-week period stands at 69.54%. Since the beginning of July, the company has registered an 18.42% return.

Brickworks is a manufacturer of concrete blocks and bricks. Headquartered in New South Wales, the company has a market capitalisation of AU$3.70 billion. In the last year, there have been 41.68% returns on its shares. However, since the start of the current financial year, the returns have fallen approximately 1.62%.

However, as per a trading update released by the company in early June, the company projects record property earnings in the current financial year with property underlying EBIT ranging from AU$240 to AU$260 million, up from $129 million in the prior year, due to the continuous rise in its Property Trust’s value. 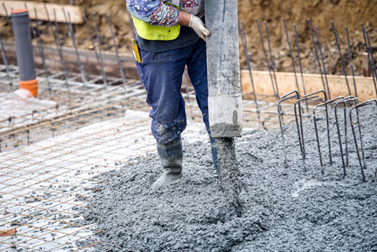 The Australian multinational contractor is headquartered in Australia. There has been a 6.72% decline in returns over one year. However, there has been a 5.63% increase in returns since 1 July. The company’s current market capitalisation is AU$6.44 billion. For 1H21, there was a 10.6% growth in group revenue to AU$7.1 billion while revenue increased 4.8% to AU$4.6 billion. The balance sheet position was strong, with a liquidity of AU$4.3 billion.

An interim dividend payment of AU$0.420 is due on 7 October post the record date of 16 September. These dividends are 20% franked and represent a payout ratio of 62.8%. The company’s NPAT guidance for FY21 is AU$400 million to AU$430 million.

Founded in 1949, the company specialises in water flow and control products and solutions. It is a mid-cap company with a market capitalisation of AU$4.58 billion. Over a 52-week period, the returns have been 108.741%, while there has been a 17.52% return since 1 July.

For the quarter ended 31 March, the company reported consolidated net sales of AU$359.4 million- a 14% jump relative to pcp triggered by residential repairs and house remodelling requiring more plumbing products. During the half year period ended 31 December 2020, net sales increased by 13% on pcp to AU$642.4 million.

In April this year, the company paid a 20% franked interim dividend of AU$0.060, a 33% increase on pcp. The full financial year’s results would be announced on 23 August.

According to the Australian Steel Association’s CEO, David Buchanan, steel prices have doubled since the pandemic. It would be interesting to see how the current financial year climaxes for these companies and other associated market sectors. Boom, resilience or collapse is a tale for time to tell.