Drug distributor Sigma Healthcare Limited (ASX: SIG) was instrumental in immunising Australia. Covid-19 plagued Australia, and many businesses suffered as a result. Sigma stepped forward at the time to vaccinate Australians so that business and the economy would not be disrupted.

Unfortunately, by the end of 2021, Sigma's fate had been written by another storey. As a result, the Company has forecasted a drop in EBITDA.

What is Sigma's EBITDA prediction?

Sigma revealed today that it anticipates FY22 Underlying EBITDA to be down around 10% from FY21 after the first 10 months of the fiscal year. 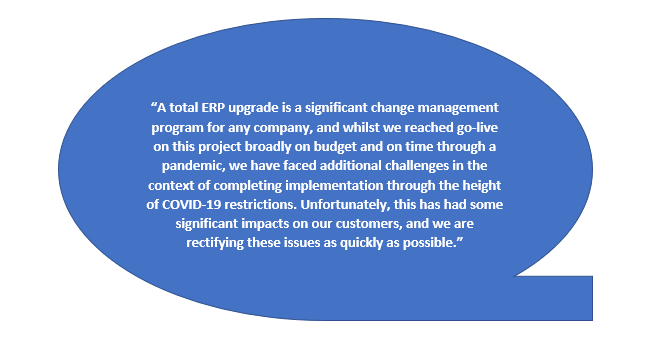 Sigma estimated that the setback would cost it between AU$25 million and AU$30 million in one-time costs and that this might affect when its net debt reaches its peak.