Of late, NTM has significant success at the Hub deposit, where latest diamond drill 20RDD004 hole testing the mineralisation down-plunge has increased the vertical continuity of the high-grade material, returning 7.5m @ 8.1 g/t gold from 405.6m, including 4.4m @ 12.2 g/t gold.

These intercepts offer validation for the continuation of the high-grade material down plunge and remain open along strike and at depth. 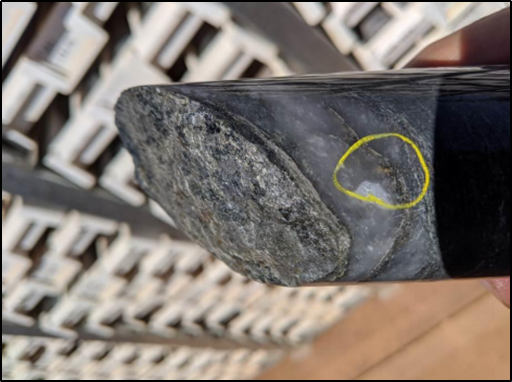 Presently, NTM is progressing with the diamond drilling at Hub to test the extents of the southern plunge. In addition to this, NTM is also engaged in RC drilling at the GTS deposit, which is presently underway to test the depth extensions to current gold mineralisation.

Subsequently, NTM plans to move the rig to the Gully area to follow up on historical drilling.

Related: How Is Empire Resources’ Investment In NTM Gold Placed Amid Market Volatility?

NTM believes that these intercepts have significant favourable consequences for the deposit. Moreover, the interpreted southern plunge of the high grades witnessed in the central part of the deposit continues to the south of the lamprophyre. This is confirmed by the grades, widths and mineralisation style at Hub deposit.

The results enhance the depth and plunge potential of the deposit and indicate significant upside beyond the shallow high-grade oxide mineralisation.

In the past, NTM had undertaken geological and structural interpretation studies, which, along with historical drilling data, offer the potential for substantial fresh discoveries.

Interesting Read: Empire Resource’s Investment in NTM Gold Proves Lucrative, Grows From $0.0325 to ~$0.09 Within a Year