Gold is considered a ‘safe haven’ for investment purposes. The yellow metal acts as a hedge against higher inflation.

A higher interest rate environment allows investors to incur higher opportunity cost on gold investments. Currently, bond yields stand at 3-month highs while the US dollar is also performing well. These are few of the factors resulting in the dismal performance of gold. 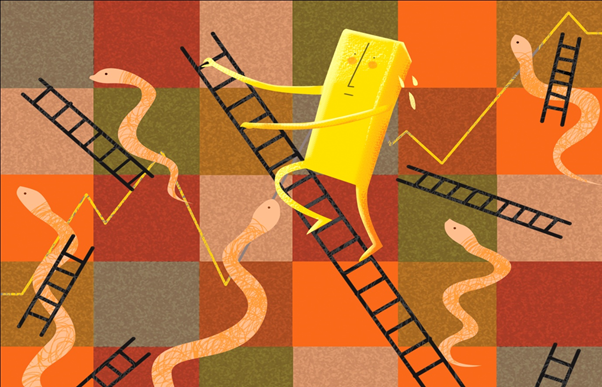 This article will primarily deal with the third option, that is, investment in gold mining companies through the stock market. It is to be noted that one needs to do thorough analysis before injecting funds in the stock market.

Here, we have discussed five gold stocks listed on the ASX.

Newcrest Mining is the largest gold producer in Australia. The Company has its assets in Australia, PNG, and Canada.

NCM produced 542 koz of gold during the June 2021 quarter. The production was up 6% year-on-year, backed by a strong performance from Cadia and Telfer in Australia. The company also achieved its FY21 production guidance.

Northern Star has its gold mining operations in Australia and North America. The company produced 450.7 koz of gold during the June 2021 quarter.

OZ Minerals has given an impressive return of 59% in the last one year. At present, OZL is trading at AU$22.69 with a market cap of AU$7.6 billion. The Company paid a dividend of AU$0.16 per share to its shareholders.

Sandfire has its assets spread across Australia, Botswana, and the United States. In Australia, SFR operates the DeGrussa Copper Mine, which produces gold and copper. During the June quarter, the Company reported gold production of 9,016 oz and copper production of 18,252 tonnes.

Evolution Mining has gold projects in Australia and Canada. The company recently acquired the Battle North Gold tenure at its Red Lake operations in Canada.

The Company paid a dividend of 5 cents per share to its shareholders.

Related read: Here’s how ASX-listed gold miners have fared after a fall in gold prices