The 2020 gold rally has surpassed investment returns offered by many conventional investments and it continues to attract investors’ attention. With the global community still plagued by the pandemic and the weak economic conditions, gold has proved its worth as a key asset offering safe harbour.

The gold backed ETFs recorded net inflows of 734 tonnes of gold during the first two quarters of 2020, registering a growth of ~634% y-o-y basis. Further, the Gold Bull Run has been one of the primary drivers behind the unprecedented revenue growth of gold miners.

Gold Miner with resources of 1 million ounces of Gold

The Australian gold explorer and developer, Troy Resources Limited (ASX:TRY) operates the Karouni gold operations in Guyana, South America. Troy Resources positions itself as a small to mid-size gold producer with a strong and reliable reputation of acquiring high quality assets in prolific mining jurisdictions as it accelerates the mine development. 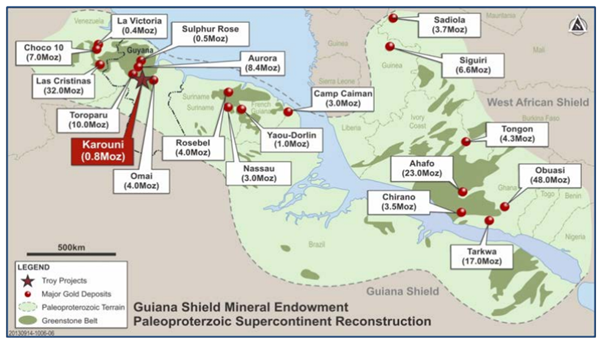 Karouni Operational Performance over the years

Additionally, Karouni operations have identified gold mineral resource of over 986,300 ounces of gold across ten deposits and stockpiles with Smarts containing further 148,100 ounces of gold.

Read Here: Get Acquainted with the Management at Troy Resources