The Australian Stock Exchange Limited posted its fourth successive weekly fall, which had last occurred during the February-March collapse of ASX. The benchmark S&P/ASX 200 index was down 0.83% and closed at 5859.4 and recorded an 11-week low of 5836.2 on the day.

A day before, on 10 September, the Australian benchmark index ended with a 0.5% lead, adding 29.9 points, and closing at 5908.5. S&P/ASX 200 index started strong, on Thursday but lost steam due to softening US futures market. However, by the end of the day, the index managed to recoup some of the losses through gains from S&P/ASX 200 Information Technology index, after a big tech round that led Wall Street to elevate as well.

Speaking of 11 September 2020, the banking, mining, and consumer giants were on a decline, health and property sectors showed some gains on ASX.

Amid such market conditions, are ASX listed blue chip stocks able to pull investors towards them?

Also, let’s find out what are blue chip stocks all about.

Blue chip stocks are big, well established, and economically sound companies that have an outstanding reputation, reliant earnings and have been operating for many years. These stocks have market capitalisation in billions and give high returns in good market conditions.

Let's have a look at how ASX 200 listed Blue chip stocks have been performing.

Rio Tinto is a producer of iron ore and aluminium utilised for steel and cars along with smart phones, respectively. It also produces another metal copper for wind turbines and titanium for domestic goods.

As per Rio Tinto's update on 11 September, it announced changes in executive committee with CEO and senior executives resigning from the Company.

In May, the iron ore miner destroyed 2 ancient caves in Pilbara, Western Australia. Rio Tinto destroyed the Juukan Gorge caves, 46,000-year-old holy indigenous site on 24 May in spite of a 7-year battle with aboriginal traditional owners.

Though the Company accepted that it did not fulfil its own standards in terms of accountable management and cultural heritage security, but it did not sack any of its executives.

This non-firing of the Company’s executives had sparked widespread criticism amongst investors who accused Rio Tinto of not taking the full accountability for the destruction of caves.

Following the criticism, Jean Sebastien Jacques resigned and will be stepping down from his designation by 31 March 2021 due to growing pressure from investors. Two other executives, namely Chris Salisbury, head of the iron ore business and Simone Niven, Group Executive for corporate relations will also be departing.

On 10 September, Rio Tinto notified on its intention to raise up to $500 million via further lending to develop its Oyu Tolgoi (Rio Tinto's biggest copper growth project) copper mine in Mongolia.

Rio Tinto and Turquoise Hill Resources will together follow the debt reprofiling procedure under existing project finance arrangements to better align the timing, cash flows and the revised plan. Any funding that remains will be met through Turquoise Hill equity offering.

CSL is an international bio-technology entity that creates and provide advanced biotherapies and influenza vaccines, which prevents people from dying and aid patients with fatal illnesses continue living full lives.

Some of the highlights of the vaccine deal include the following:

ALSO READ: Telstra share price under pressure, what is majorly hurting the Telco?

Recently, Telstra posted positive annual results ended 30 June, which was in line with its guidance for FY20. 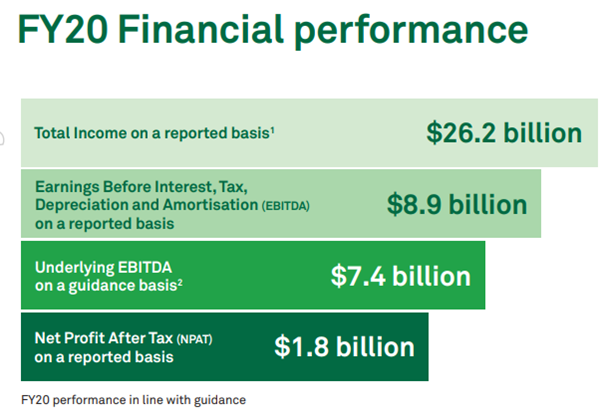 Some of the highlights of Telstra's FY20 results are as follows:

Telstra announced a reduction in costs as a big part of its T22 strategy. Telstra lowered underlying fixed costs by $615 million or 9.2% in FY20.

Nonetheless, the Company decided to retain T22 productivity role cutbacks on hold for permanent Telstra employees due to COVID-19 impact in Australia and globally until February 2021.

Further, FY21 earnings guidance of the underlying EBIDTA presumes a negative coronavirus effect of about $400 million.