Investors looking forward to reliable and safe investment tend to bat for established companies that are financially more resilient against market downturns. On this account, blue-chip stocks over the year have remained on investors’ radar, eyeing low-risk portfolios along with consistent income streams in the form of dividend income.

Blue-chip stocks are highly esteemed companies that are typically well-established and command strong market control. Besides their stability, blue-chip stocks often tend to provide dividends to their shareholders out of their profits.

What’s more, many such blue stocks on the Australian stock exchange also offer fully franked dividends, which eliminate the double taxation of dividends for shareholders.

Thus, blue-chip shares with fully franked dividends have emerged as one of the preferred investment options as investors have increased their quest for the best of all worlds in the financial market.

Let us look at five fully franked dividend stocks trading on the ASX.

Global resources company BHP Group is among the world’s top producers of commodities such as iron ore, metallurgical coal, and copper. The company also has substantial interests in oil, gas, and energy coal.

The Company delivered excellent financial results in FY2021. Its profit from operations increased by 80% to US$25.9 billion, while its net debt decreased 66% to US$4.12 billion.

The total fully franked dividend per share for the year stood at 301 US cents, representing an 89% payout ratio.

The Perth-based conglomerate operates across diverse sectors such as retail, industrial, and chemicals.

The company’s revenue excluding significant terms for the year ended 30 June 2021 increased 10% over the previous corresponding period to A$33,941 million while net profit after tax edged up by 16.2% to A$2421 million.

The company’s full-year fully franked dividend was 178 cents per share, up by 17.1% over pcp.

During FY21, the company recorded a total income of A$23.1 billion while its EBITDA was A$7.6 billion. The Company’s net profit after tax stood at A$1.9 billion.

The total dividend for FY21 was 16.1 cents per share, fully franked. 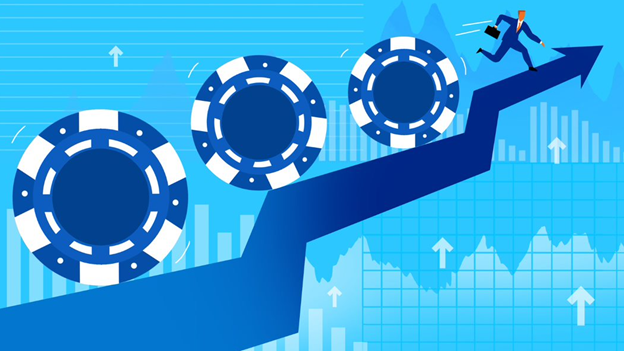 Australia’s leading provider of diverse financial services, Commonwealth Bank, delivered a strong performance in FY21, reflecting the strength of its business and the disciplined execution of its strategy.

The bank recorded total operating income of A$24,414 million, up by 2% from the previous year. Its profit from ordinary activities after tax attributable to equity holders surged 6% to A$10,181 million.

Commonwealth Bank paid a fully franked final dividend of A$2 per share while its Interim dividend (fully franked) was A$1.5 per share.

Must Read: Which are the Top 10 blue-chip stocks on the ASX?

Fortescue Metals is one of the leading iron ore producers in the world. The company delivered a second consecutive year of record performance, with a net profit after tax of US$10.3 billion in FY21, up by 117% over the pcp.

Fortescue, during FY21, achieved the highest ever shipment of 182.2 million tonnes, which exceeded its guidance.