ZOLEO success sets up Beam Communications (ASX:BCC) for a terrific second half

Beam Communications Holdings Ltd (ASX:BCC) is a prominent name in the space of innovative satellite communications, thanks to its world-renowned products. The Company has achieved a successful and established track record in designing, manufacturing, and distributing leading-edge satellite, cellular and dual-mode solutions over the years.

While the ASX-listed company has developed several world-first innovations, ZOLEO has been one of the most popular and widely accepted products. The global messaging solution continues to gain traction in a largely untapped global marketplace.

The global satellite communicator lets you connect with the world even when you’re outside of mobile coverage. The device has been designed to transmit SMS, chat messages and emails over the Iridium satellite network, mobile or Wi-Fi.

ZOLEO subscriber base ramping up

There has been a sharp rise in sales of ZOLEO units to Beam’s joint venture entity in the recent times, making ZOLEO Inc. a large contributor to the strong top-line growth of the firm.

Beam Communications’ group earnings before interest, tax, depreciation, and amortisation (EBITDA) improved by 6.3% year on year to AU$1.1 million in the six months to 31 December 2021.

For Beam, ZOLEO subscriptions have been a more important factor than sales of the device as the former drives long-term profit for the company. The number of ZOLEO subscribers in Beam’s territories of Australia and New Zealand has been soaring rapidly.

In H1 FY22, there was a substantial surge in the number of subscribers for ZOLEO. As of 31 December 2021, the Company recorded more than 2,000 subscribers.

Beam expects this growth momentum to continue into the second half of FY22.

The rise in the number of orders for the seamless global satellite solution reflects its growing global reach.

In total, Beam has received orders for more than 163k ZOLEO units since its launch in early 2020. 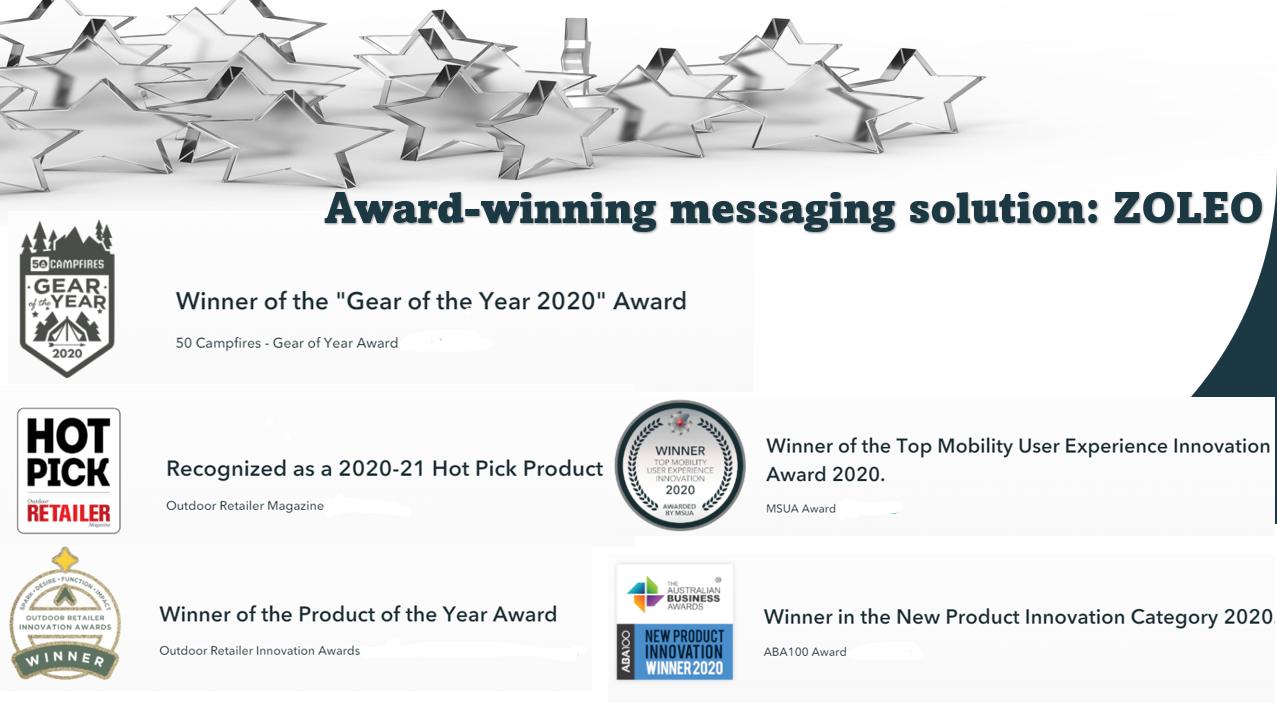 The total number of Australian retail outlets selling ZOLEO has surpassed 400. Recently, the Company has partnered with new retailers to sell ZOLEO, such as:

In addition to these, Beam is slated to sign on more key retailers and distributors in Australia and New Zealand in the near future.

Beam Communications is mapping out expansion of the multi-award winning ZOLEO device in the European market. Most likely, the messaging solution will be launched in Europe by April 2022. Initially, the product launch is expected in five markets comprising the United Kingdom, Denmark, Norway, Finland and Sweden.

The focus is also being directed towards developing more features and upgrading ZOLEO units.