Located within the Forrestania greenstone belt, the project area is adjacent to numerous large existing as well as previously operated gold mines. 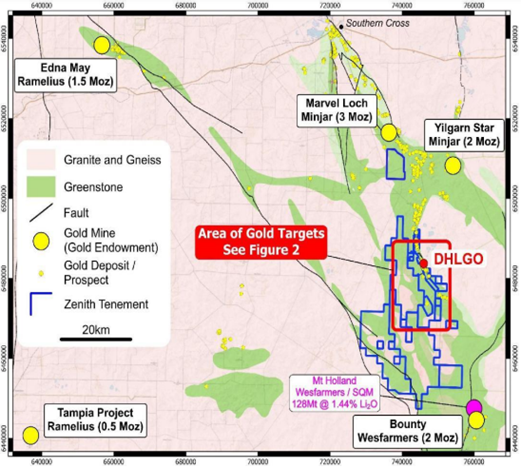 New results include the following:

Furthermore, follow-up testing of near-surface high-grade gold zone intersected in previous ZNC drilling confirms near surface mineralised zone and remains open at depth and in both directions at the Dulcie North. 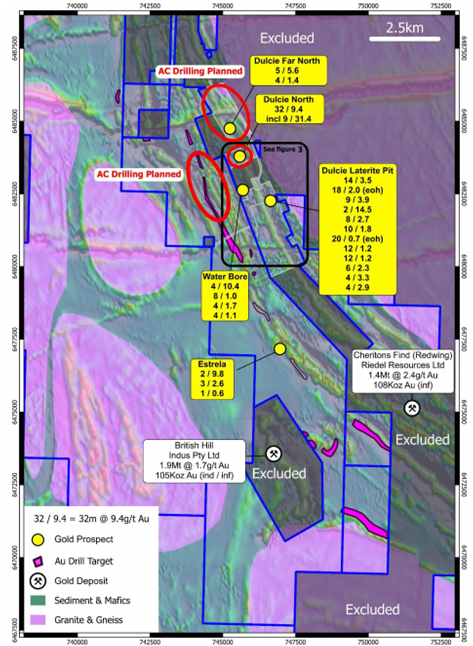 DID YOU READ: Zenith Minerals (ASX:ZNC) eyes an exciting 2021 with three projects in progress

Zenith retains an option to gold rights below 6m from the surface at the Dulcie Heap Leach Gold Operation, where its partner is currently progressing with mining and heap leaching surface gold laterite ore.

ZNC is now prioritising the re-sampling of these new 4m composite gold mineralised intersections at 1m intervals, and the results are anticipated by the end of the current month. Furthermore, ZNC is progressing with the planning to undertake additional follow-up RC drilling.

Simultaneously, ZNC is looking to obtain an aircore rig for its fully permitted 100-hole drill program that is aimed at testing new gold targets along 18km of a potential strike.

Initially, ZNC had identified 12 high-quality gold drill targets at the project under a major exercise by its geological team. This further expanded to 18 targets in the north-eastern sector of ZNC’s fully owned tenure.

INTERESTING READ: Meet the Stalwarts at the Helm of Zenith Minerals

Moreover, additional 8 of the 18 targets generated have not undergone first pass drill testing, which the Company is planning to execute through aircore along with the follow-up work on the significant near-surface gold results at the four Dulcie targets (Dulcie Laterite Pit, Dulcie North, Dulcie Far North and Water Bore).