A string of exploration activities at the project has resulted in a significant increase in the mineralisation envelope at the project. Continuing the successful run, RTR and ZNC have received another set of encouraging results from the exploration work at Earaheedy’s Chinook Prospect.

Lately, substantial new assay results have been received and compiled from the ongoing 40,000m drilling program at the quickly developing Chinook prospect. Results from 51 RC holes and 2 sonic holes have been received that are a part of the continuing drill scoping of the Chinook Zn–Pb Prospect.

The Zn–Pb mineralised zone at the Chinook Prospect has continued to grow with around 44% growth in size over the recently declared expansion. The zone is now 4.1km x 1.9km in size and remains open in all directions. 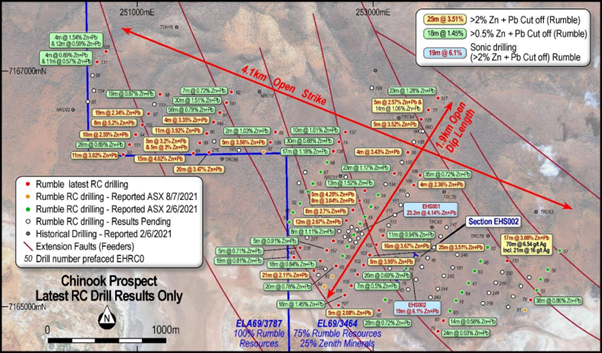 Moreover, high-grade Zn-Pb mineralisation has been intersected in RC drilling at the Sonic twin drill holes, with drill results including the following:

Besides this, drill scoping has been underway at the Navajoh and Magazine Prospects with an aim to define mineralisation limits and target new discoveries along 17km of open mineralised strike.

The exploration work has helped in confirming new styles of Zn-Pb mineralisation across several prospective mineralised horizons. Moreover, the proposed 40,000m drill program is likely to be increased with an expansion in the size of the mineralised footprint. 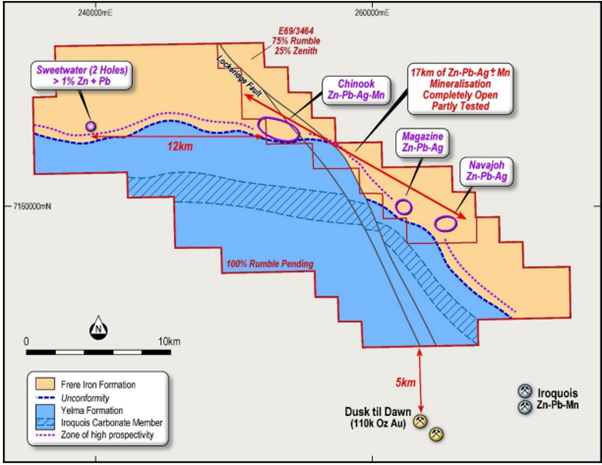 In addition to the Earaheedy Joint Venture with RTR, ZNC controls around 100km of Zn-Pb prospective host rock sequences in the Earaheedy Basin through fully owned exploration licence applications.

The Chinook discovery has continued to expand with additional high-grade Zn-Pb intercepts and a significant increase in the mineralised footprint. With work at the project continuing in full swing, all eyes remain on the upcoming developments and actions of ZNC and RTR.