The Company is focused on high impact energy resources in sub-Saharan Africa and is developing the Cabora Bassa Project. Leveraging the advantage of first movers in the lucrative Cabora Bassa Basin, Invictus’ asset portfolio comprises 250k acres. Besides, Special Grant 4571 has the superlative multiTCF Mzarabani and Msasa conventional gas-condensate prospects.

Invictus has received a non-binding offer for farm-in to the Cabora Bassa Project, marking a significant Project development achievement. The proposed transaction is subject to the conclusion of technical, legal, and commercial due diligence by both parties. Besides, government authorities’ approvals and agreements and execution of binding Farm-Out Agreement(s) are awaited.

Once the binding FOA(s) and satisfaction (or waiver) of conditions are met, Invictus will share details of the offer.

The Petroleum Exploration Development and Production Agreement (PEDPA) review was concluded during the quarter. The agreement is between Geo Associates (Invictus’ subsidiary with 80% equity stake in SG4571) and the Republic of Zimbabwe. The Inter-Ministerial Committee undertook the review.

PEDPA offers the framework for progression of the Project via exploration, appraisal, development, and production phases. It also considers the commitments and rights of involved parties. Currently, Invictus is awaiting the execution of the agreement.

Notably, Invictus completed a further placement (Second Tranche) with Mangwana Opportunities Fund, raising the equivalent of $ 222,148 at a premium. There is now provision for an additional equity investment by the Fund over the next 12- 24 months. Besides, the Fund will support Invictus in achieving its strategic goals in-country. 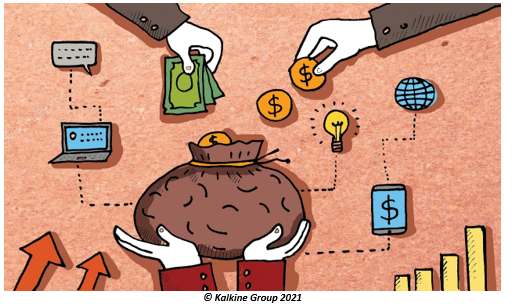 MUST WATCH: In an exclusive conversation with Scott Macmillan, MD of Invictus energy limited

Besides, Invictus selected a preferred contractor to carry out a seismic acquisition campaign this year. Detailed planning will begin after the formal contract award.

As intimated in the December 2020 quarter AGM, Non-executive director Mr Eric de Mori will retire from the Board.

Looking at financial footing, Invictus closed the quarter with cash and cash equivalents of $ 941k.

Invictus is making considerable progress in executing the first seismic acquisition program in the country for three decades. It is working closely with the seismic contractors. An acquisition campaign may start this year after the rainy season ends.

A high impact basin opening drilling campaign will then be conducted to test the Cabora Bassa Basin’s petroleum potential.

RELATED READ: What's in Store for Invictus Energy (ASX:IVZ) in 2021?