The Latin American country of Guyana has been on the radar of mining players since 2004 when the country opened its natural resources for international companies. As a result, several junior and major mining companies entered the mining horizon of Guyana to explore its virgin mining fields.

The country sits on the underexplored Guyana Shield. Geologists believe that the geology of Shield shares continuity with the geology of gold-bearing regions of West Africa. The greenstone belt on the Shield is considered highly prospective for gold. The Shield houses one of the major gold projects in the region – the Karouni Gold Project of Troy Resources Limited (ASX:TRY).

Troy acquired the project back in 2013 through the acquisition of ASX-listed Azimuth Resources. Troy was successful in pouring the first gold from the project in November 2015. Since then, the project has been producing gold through its greenfield as well as brownfield prospects on the mining tenure. 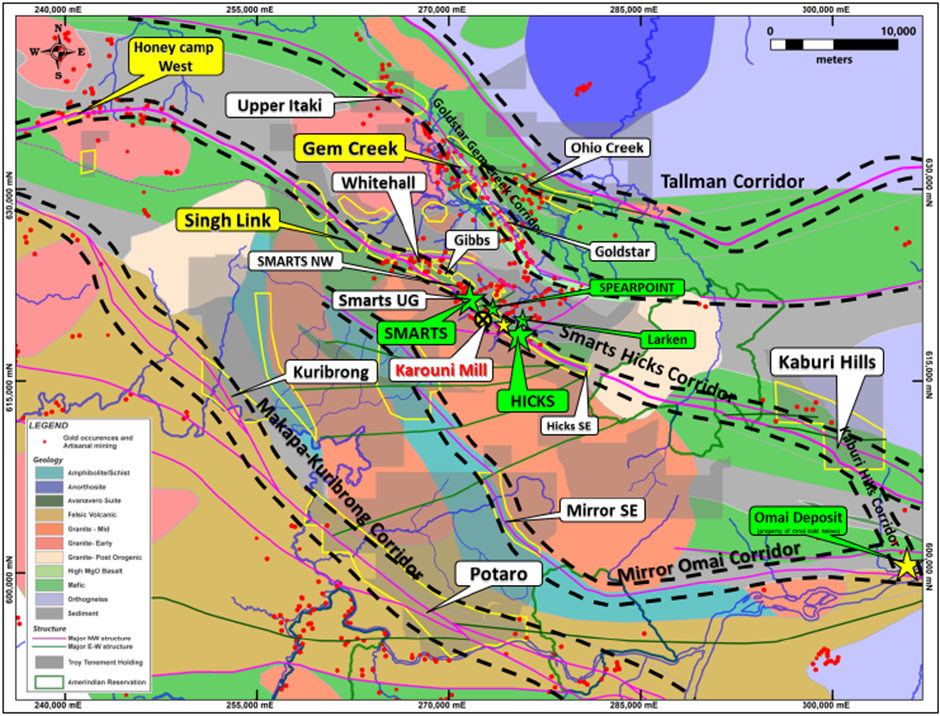 Dual strategy of production and exploration paying dividends to the Company

The dual strategy makes sure that the Company does not run out of ores as producing mines ores keep on exhausting after a few years of production. During the June quarter, The Hicks 4, Spearpoint and Goldstar pits were exhausted. The Company was already working on development activities of Smarts Underground, which had shown high-grade intercept during drilling campaigns.

In the mining field terms, exhausted ore means that the mine still has some gold left, but the ore grade has been diluted up to the extent that the extraction of the gold will cost higher, leaving very little to no margin for the miners.

Troy extends its gold footprint in the region

Since the acquisition, Troy had undertaken initial mapping and reconnaissance work on the tenement. Most of the area in the MKSZ is covered by sand, and the Potaro River and its tributaries have been heavily mined for alluvial gold.