Troy Resources Limited (ASX:TRY) is engaged in exploration and production on the Karouni Gold Project, located in Guyana, South America. The Company managed to extract 10,529 ounces of gold from the project during the half-year period ending on 31 December 2020. 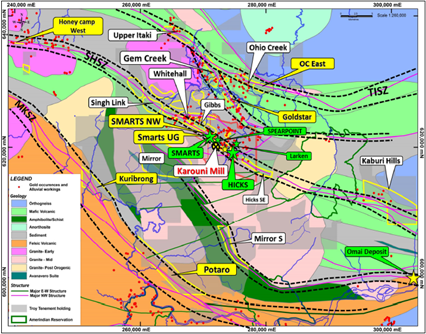 During the December quarter only, 23 of its employees were tested positive for COVID-19 and were shifted to isolation facilities for treatment and recovery. Troy faced a shortage of employees along with the non-availability of trucks and other mining vehicles to carry on the operations at full scale. Heavy rainfall stalled the operations and affected the overall production of the period.

Troy, due to its robust operational management, amidst all the operational hindrances, was successful in the stripping of 3.373 Mt of material, 48% higher than the previous corresponding period (pcp). The mine grade declined to 1.12g/t from 2.0g/t during the pcp.

The revenue from the gold sales for the six–month period stood at A$27,185,000. Troy sold 10,368 ozs of gold and realised an average price of US$1,890/oz. The revenue grew by 2% with respect to 1H of FY19. The higher average gold prices during 2020 bolstered the realised revenue higher than the previous years.

Troy has launched a full-scale brownfield and greenfield along with infill drilling campaign to upgrade the Mineral Resource Estimate (MRE) of the project.

Exploration Activities on the Project 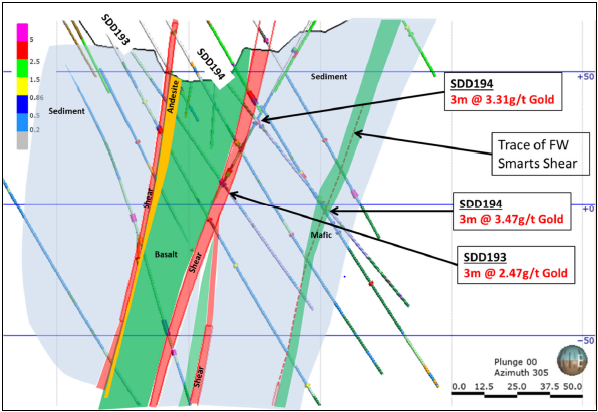 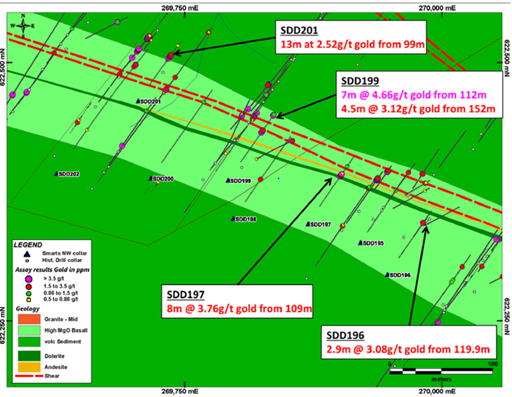 Troy went full throttle for exploration operation at Goldstar. Trenching operations, diamond drilling, and RC drilling were executed on the prospect during the December quarter. Fifty-one holes were drilled under the RC drilling program, and all intersected the expected geology.

Troy will upgrade the Mineral Resource of Goldstar in March 2021.

Field mapping and auger soil sampling were conducted at the Honey Camp West prospect during the last quarter. The mapping work was intended to identify structural orientations of lithologies and mineralisation controls.

A follow-up RC drilling is being planned for the prospect.