Gold has again breached the US$1,900 level in May after four months and marched for the highest monthly gain since July 2020. The prices appreciated 8% during the month amidst weaker dollar and lower bond yield rates. Fear of rising inflation is also fuelling the gold price momentum at the moment. 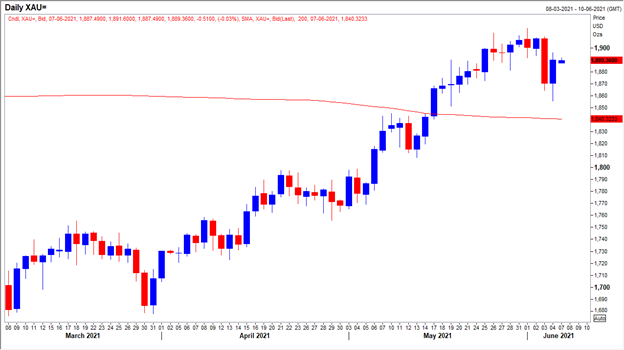 Gold prices have started to shine again, its reputation as a safe haven during tough economic times has ensured high valuations, which are there to stay, offering major push to gold explorers and producers such as Troy Resources.

Troy Resources Limited (ASX:TRY) owns and operates Karouni Gold Project in Guyana, South America. The project lies in Greenstone terrains, which are underexplored and has the potential for major gold discovery in the region.

The area surrounding the Karouni Project is highly prospective and very little exploration with modern techniques has been done on the area. Troy, through its experience at Karouni, has aggressively gone into an acquisition spree in the last six to eight months. Troy now holds a total tenement area of 3,000 hectares at Karouni.

Read here: A golden March quarter for Troy Resources: Gold production up by 75%

During the last month, Troy acquired and added Potaro target to its asset portfolio. The newly acquired tenement lies 20 km to the south of the Karouni Mill and is considered highly prospective for gold mineralisation. The Company had identified its potential two years back and was actively pursuing it. 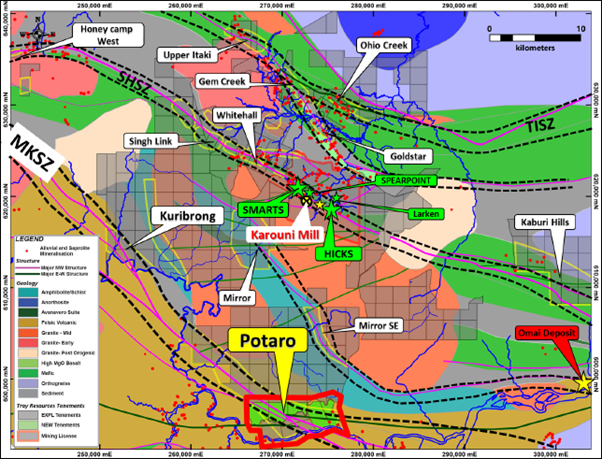 The Potaro target is underlain by the Makaba Kuribrong Shear Zone (MKSZ). The aeromagnetic survey of the area indicates the presence of a crustal fault zone, extended over 300km in Guyana as well as Venezuela.

The presence of MKSZ is also supported by the presence of a highly strained saprolite of a phylite protolith with ample quartz veining. The MKSZ is mostly covered by sand, and strong sericite alteration in outcrop is exposed in river and ravines, which cut through the sand cover.

Troy is planning on gridded drilling to explore the tenement area given the extent of sand cover. The newly acquired assets are believed to have a significant gold presence and could replace the depleting mines on the Karouni Project in the future.