After the successful completion of an airborne magnetic survey, Torrens Mining Limited (ASX:TRN) has set the drill rods spinning at the Mt Piper Gold Project.

The newly ASX-listed gold and copper explorer has commenced a diamond drilling campaign at its high priority Northwood Hill Gold Prospect within the Mt Piper Project.  Significantly, this is the first drilling campaign on the prospect in the last 30 years. 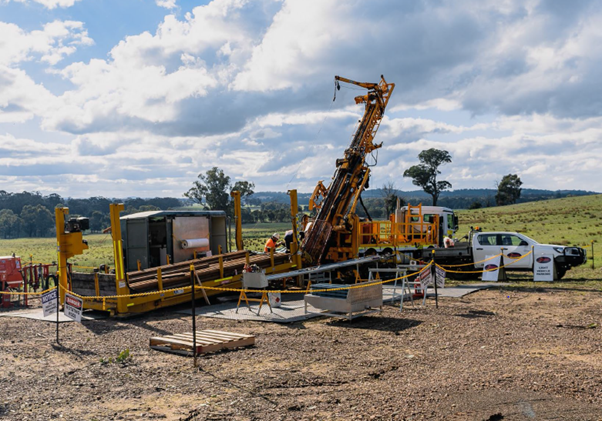 The drilling program at the Northwood Hill prospect is planned to test the depth extensions of high-grade vertical gold-rich shoots within the known envelope of a 5km-long anomalous gold trend identified by Perseverance Mining in the early 1990s.

The presence of the 5km-long corridor on the prospect has been defined by historical drilling as well as soil geochemical sampling works.

The historical drilling in the anomalous area of 5km had resulted in a gold intercept of 7m @ 2.37g/t Au from 20m. No follow-up work was undertaken to know the extent and source of the gold anomalism.

The diamond drilling campaign is planned in phases, with the current one being Phase 1. Further phases will depend on the results from Phase 1.

The Phase 1 program will include nearly 1,100m of drilling. Assay results from the campaign are expected from July to September.

Torrens’ Managing Director Steve Shedden commented: “Northwood Hill represents a classic “sleeping giant” in the Victorian sense and, without question, had this 5km long gold anomalous trend been located in Western Australia, it would have already been thoroughly explored.’

“The opportunity for Torrens in this new gold province is huge and we look forward to updating the market on our progress over the coming months,” Shedden added. 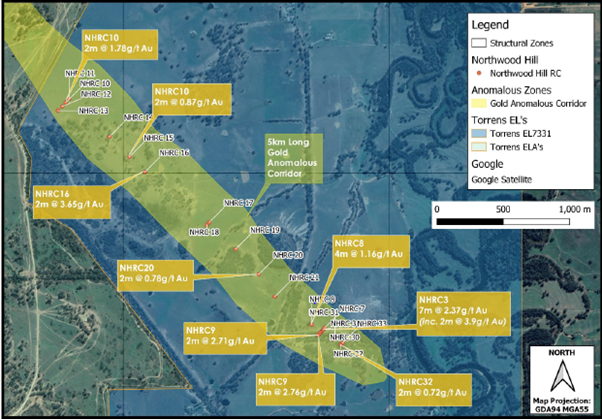 Why is Northwood Hill Prospect a high-priority target?

The prospect lies within the exploration licence EL7331 on the Mt Piper Project, which sits within the prospective Central Victorian Goldfields.

Historical work in the area indicates the presence of high-grade gold mineralisation, similar to the mineralisation at the Fosterville and Nagambie mines. Torrens’ exploration target on the project comprises disseminated, sulphidic, quartz-poor stockwork bodies.

To interpret the structural regime controlling the mineralisation at Northwood Hill, the Company is undertaking an airborne magnetic survey over the prospect and the adjoining region. The survey was planned to cover 3,922 line-km with 50m line spacings.

As the prospect does not have a detailed magnetic dataset, the latest survey is expected to provide detailed structural interpretation and aid in identifying drilling targets. 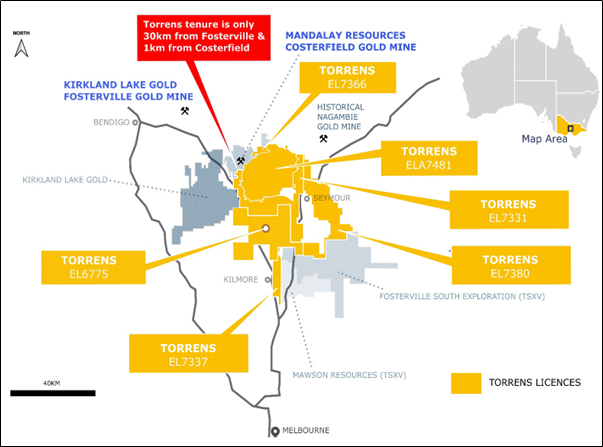