MAGSPEC Airborne Surveys, which is a high-resolution and ultra-detailed airborne geophysical survey company, has been engaged to carry out the fixed-wing aeromagnetic programme over the prospect area to capture the magnetic anomaly data.

Magnetic anomaly data plays a crucial role in the interpretation of the structural regime controlling mineralisation. Northwood Hill does not have a detailed magnetic dataset yet, and Torrens is going to have one soon.

Airborne survey is a convenient and cost-effective means of getting high-resolution data over a large area. In an area as large as the Northwood Hill prospect, the survey will be completed in 5-7 days, if the weather remains favourable. The aircraft needs to conduct a 3,922 line-km survey along 50m line spacings, at an approximate height of 40m. 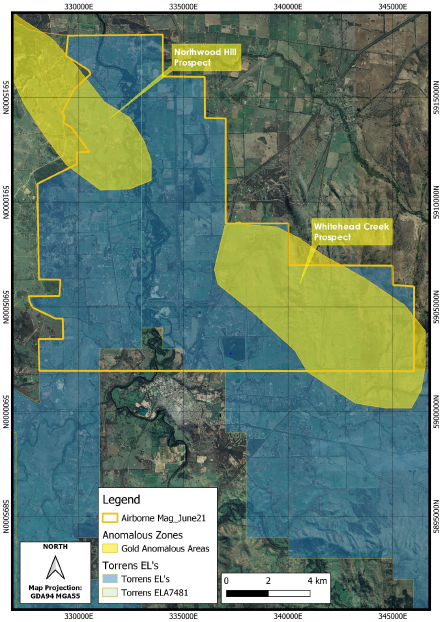 Having collected the aeromagnetic data, the geophysical team of Torrens will process it for creating a model, which will be used for structural interpretation and identification of drilling targets on the prospect area.

The Northwood Hill prospect lies within exploration licence EL7331 of the Mt Piper Project. The project has a large tenement area spread over 1,609km2, and includes five ELs – EL6775, EL7331, EL7337, EL7366 and EL7380. There is also one exploration licence application, ELA7481 within the Project area.

The historical drilling results by BHP and Perseverance during 1980s and 1990s, respectively, indicate the presence of Fosterville-style mineralisation within the project area. The Fosterville Gold Mine is located nearly 30km from Mt Piper.

The Northwood Hill prospect is believed to potentially host gold-antimony mineralisation in disseminated, sulphidic, quartz-poor stockwork bodies, as represented by the historical gold occurrences recorded by the previous explorers. 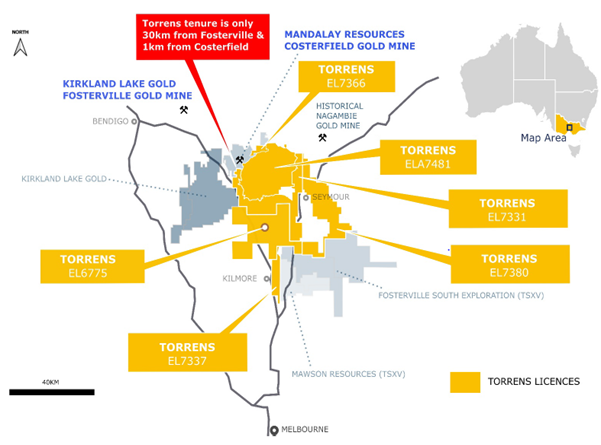 Torrens’ Managing Director Steve Shedden highlighted that besides identifying drilling targets, the high-resolution and closed spaced aeromagnetic data will improve the understanding of the structural regime.

The aeromagnetic data combined with geochemistry and geological mapping data will help in defining the drilling targets.

He added: “The results of this survey will considerably improve our existing geophysical dataset and dramatically improve our understanding of the structural regime at Northwood Hill and Whitehead Creek.”

“Without doubt, developing a structural model in tandem with new in-ground drilling data will exponentially improve our chances of success, and with drilling about to commence, Torrens is at the starting gate in anticipation of an exciting gold discovery journey.”

The aeromagnetic data will be acquired within the next 5-7 days, after which the company will focus on the following areas: