These three mines form part of the Central Northern area and are referred as TGME Underground (UG) Project.

The PFS is based on 16% of the 4.5 Moz of underground gold resource and has included the measured and indicated resources. The tenement area is spread across 62,000 hectares and includes 43 historical mining sites. For the maiden PFS, only three of these are included in the study, and the rest 40 will be included in future studies for production modelling. 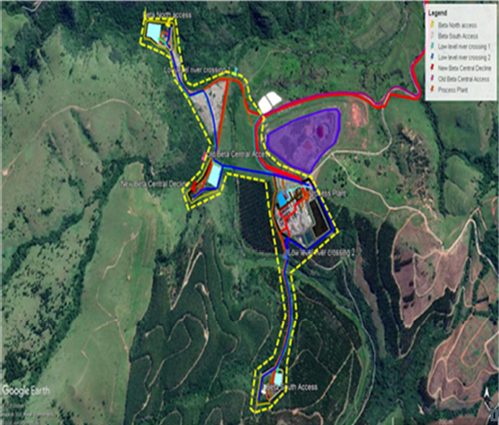 In the initial study, TGM focused on including the easy access mineral resource of 684,000 ounces of Measured and Indicated Resources of the TGME Underground project. The TGM team was successful in achieving 63% conversion factor of resource to mining reserve.

Also, 3.5 Moz of Inferred Resources is available to be upgraded to the Measured and Indicated category, and probably some part of it could be converted to mining reserve.

Through the PFS, TGM showcased an excellent project economics, though the study covered on 16% of the 4.5m oz of Au in the underground mineral resource.  The company hopes to build its production profile or Mining Reserves further by completing the Rietfontein PFS in Q3 2021, along with progressing other mines through to PFS.

Initially, TGM devised a five-year plan for the development of four of its mines, including the Theta Open-pit Starter Project (MR83), Theta Open-pit Extension (MR341), Reitfontein and Beta Underground mines. The five-year plan helps the Company to draw a strategy for the development of the project, which involves open pits as well as the underground resource of over 2.75Moz.

Good Read: Why investing in gold stocks can add feather to your portfolio cap 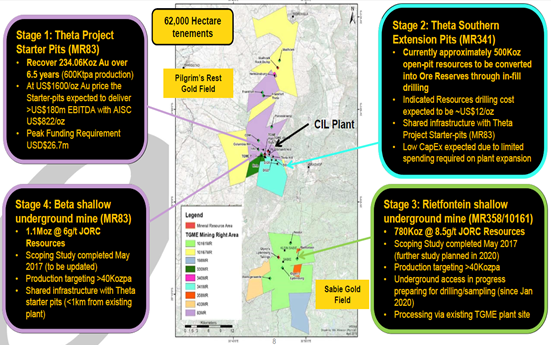 The PFS of underground mines demonstrated that the narrow high-grade reefs system could be mined using modern mechanised mining techniques. Metallurgical technologies, including intense CIL and ultrafine grinding, could be used to extract gold on the project.

Mr Bill Guy, Chairman of Theta Gold Mine, expressed his views on the findings of the PFS: