Recently, the presence of iron-rich geology was mapped at the Euro project during the reconnaissance field activities. The mapping delineated additional 45 outcroppings with similar iron-rich geology in the south and central parts of the Euro Project which has extended the overall potential strike length to over 20 kms.

The fieldwork at the project is already underway, uncovering geology prospective for gold, base metals and iron ore in the neighbourhood of world-class mineral deposits.

The Euro project is located in the Yalgoo province of WA with over four major mining operations including the Karara iron ore, Shine iron ore, Mt Mulgine Gold/Tungsten and Rothsay Gold/Copper operations. The Euro project also shares similar geology as that of these renowned mining operations, yet it remains mostly unexplored. The proven track record of the immediate neighbourhood and the Yalgoo province enhances the prospectivity of the project.

A section of the Euro project was previously explored in the 1990s and early 2000s for iron ore and gold. Further, previous drilling activities at the northern section of the project had intercepted substantial gold mineralisation, which could not be followed up in the past due to a dismal metal price environment.

The southern Yalgoo Greenstone belt, which hosts the Euro project, has intercalated layers of ultramafic, mafic and felsic rocks within a heavily folded and sheared structural regime in the legacy mapping.

Tempest’s ground footing in the prolific Yalgoo region stretches over more than 604 km2 granted and 311 km2 pending tenements. The wholly owned Euro gold project, which stretches over >176 km2, is a part of TEM’s suite of mineral projects in the region.

Tempest leverages its team’s energy, technical and commercial acumen to carry out the company’s mission of maximising shareholder value through focused, data-driven, risk-weighted exploration and development of premium mineral projects.

Exploration activities: Progress so far and the Next steps

Tempest recently announced the presence of iron-bearing formations in the northern section of the project area, which stays coherent to the geological formations at the nearby operations.

Field activities during July included geological mapping and the collection of rock and soil samples in broad spaced central and southern sections of the Euro Project. The mapping highlighted multiple outcroppings of the iron-rich stratigraphy in the central and southern section of the project, where more than 45 outcrops were mapped along >8 kms. 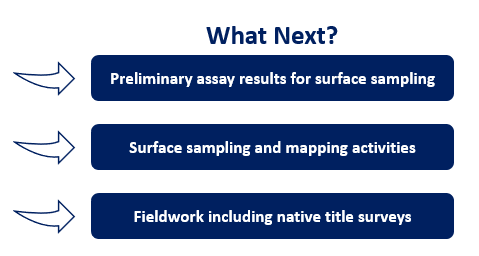 As many as 319 soil and rock samples were collected on the broad spaced traverses before the unseasonable wet weather put a halt to exploration activities. The samples have been submitted for assaying and the preliminary assay results are expected in September.

August will see the continuation of surface sampling and mapping activities as well as the commencement of field activities comprising Native Title surveys.