Diversified minerals exploration and development company, Surefire Resources NL (ASX:SRN) has shared the activities report for the quarter ending on 30 June 2021 outlining the major milestones and progress across its projects. 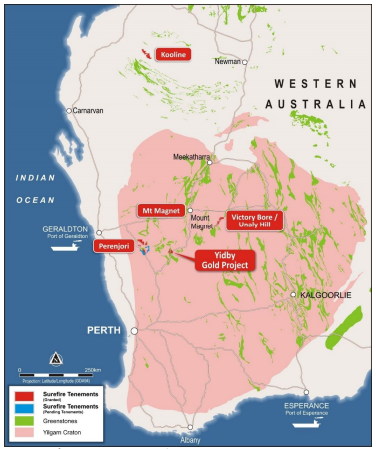 During the quarter, Surefire completed the second phase of drilling at the Yidby gold project. The drilling campaign aggregating to 4,020m at 30 RC holes aimed to test the extent of the original discovery at depth and along the strike length.

The drilling has defined a northwest-southeast trending, east dipping, mineralised zone along the boundary between sheared ultramafic/mafic rocks and a large felsic quartz porphyry intrusion. 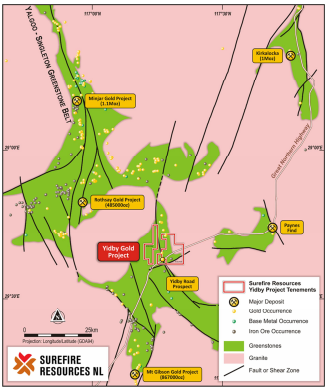 The historical aircore drilling at the Yidby Road project intersected gold mineralisation across a 400m broad corridor, extending well to the west of the intersected zone. The Mobile Metal Ions (MMI) soil sampling results confirmed the presence of a  400m wide anomalous/mineralised corridor, further suggesting that the prospective zone extends at least another 1000m to the northwest.

The regional scale structural corridor hosts the Yidby Road mineralization, which extends over a strike length of more than 5km and offers significant potential for the discovery of major gold mineralised system.

Read Here: Surefire Resources Aims To Up The Ante at Gold Projects

The next leg of the exploration activities includes the next phase of drilling at the project. An MMI survey has been conducted north-east of the discovery drilling area, highlighting an extensive gold anomaly. The MMI suggests the presence of gold values over 10 times the surrounding areas. A soil geochemistry survey has also been conducted, south-east of the discovery drilling area. The results of the soil geochemistry survey are still pending. 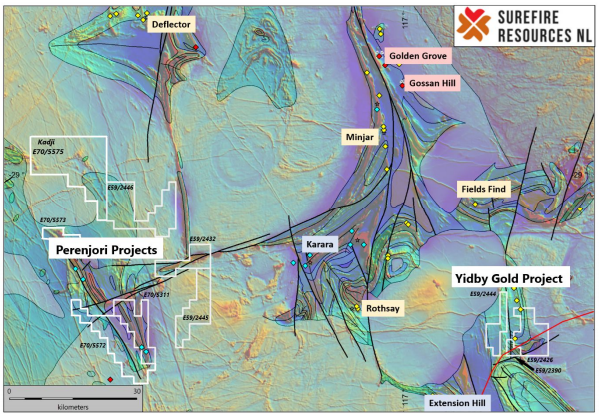 During the quarter, Surefire conducted a scoping study for a high-grade magnetite concentrate production at the Perenjori Iron Ore Project. MinRizon, the Leading magnetite experts, were commissioned to undertake the study.

The study was based on the previously reported JORC 2004-compliant inferred Mineral Resource estimate of 191.7 [email protected] 36.6% Fe by CSA Global. The study indicated the potential for a low capital operation to produce economically viable, premium high-grade magnetite concentrate. Furthermore, the project economics as per the study, meets Surefire’s Internal Rate of Return (IRR) threshold of 30%, highlighting no major hurdles for the iron ore project.

The review of the previous exploration data focused on E70/5311 and E70/5572. A broadly sampled north-south trending, gold-anomalous corridor has been delineated parallel to the east of the banded iron formation on E70/5311 tenement. The next steps include additional infill drilling and soil sampling to delineate anomalies for drill targeting.

An extensive high resolution aeromagnetic survey including 5,480-line km at a 50m line spacing was concluded on the Kadji prospect . The initial data was delivered, and the processing and interpretation work will continue over the next quarter.

The Kooline lead-silver and copper-gold project extends over the highly prospective exploration licences, namely, E08/2373 and E08/2956, covering an area of 386 km2 in the Ashburton Province of Western Australia. 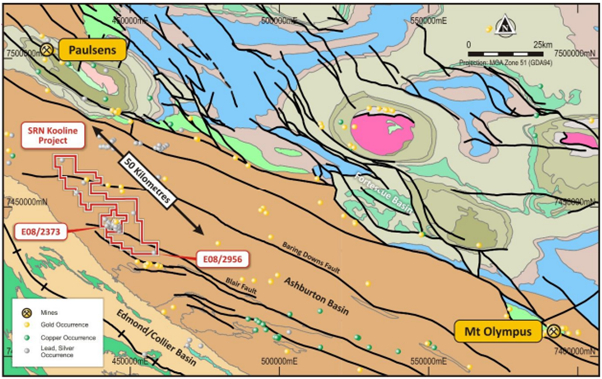 During the quarter, the data review outlined significant copper-gold potential at the Kooline Project. The high-grade gold targets delineated previous rock chip samples up to 38 g/t, which project into area of cover. Additionally, the copper-gold project has secured an AU$150,000 grant for co-funding the subsequent drilling program by the WA Government to assess the copper-gold target extensions at the historic Kooline lodes.