A 50km of strike length of mineralised Ashburton Formation runs through the Kooline tenure. The Kooline tenement includes the lodes of Kooline Mineral Field, and a rock chip sampling program of the exposed lode structures resulted in            55.3% lead and 249g/t of silver from the Bilrose workings and copper grades of up to 2.62%, including 12% lead, from the Phar Lap workings. 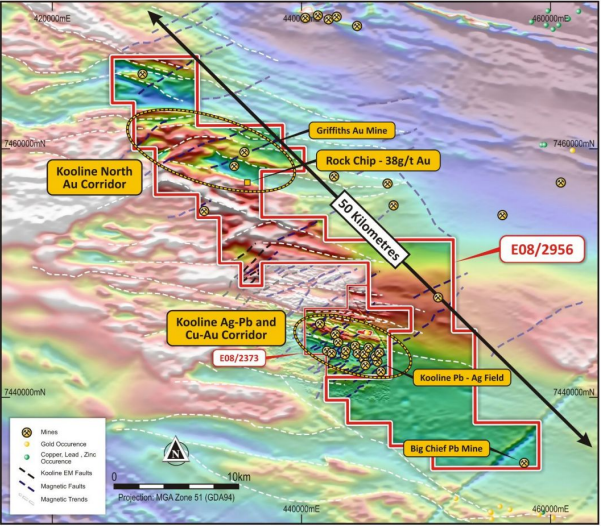 The VTEM interpretation data over E08/2373 led to the identification of a conductive complex. It was inferred to be caused by a large intrusive body which may represent heat and potential mineralised magnetic fluid source for an intrusion-related “intracratonic magnetic copper-gold” or IMCG system.

VTEM survey data measures chargeability, conductivity and magnetic susceptibility of the rocks hidden at the depth. Surefire took the services of CSA Global to conduct VTEM survey, which highlighted the potential for IMCG-style mineralisation in the area.

To get more clarity on geometry and quality of the identified conductors, the VTEM data were modelled on program GALEI. 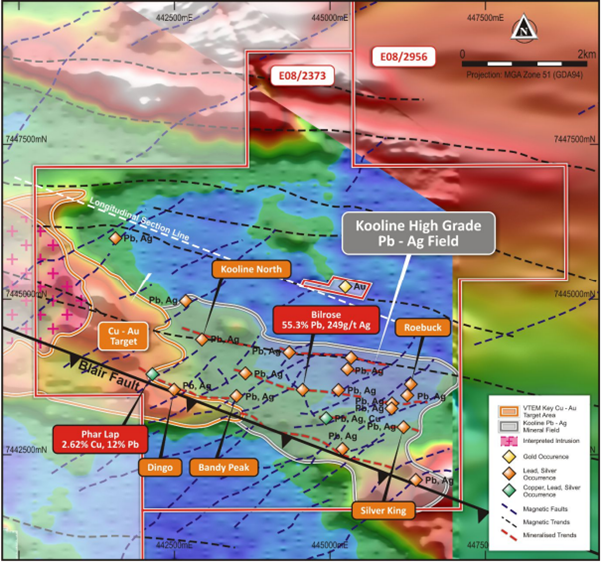 The conductor is modelled as shallow as 10m from the surface and extends to a depth of 400m. It also has a strike length in excess of 600m.

Identified around 13m from the surface to a depth of 400m. At a depth of 100m, the conductor has an apparent strike length of 400m.

The conductor is modelled from shallow depths and extends to a depth of more than 400m and has a strike length of about 800m. 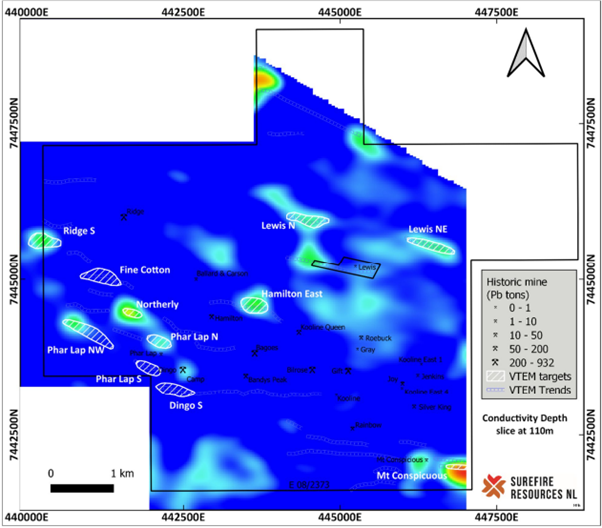 Two conductors- Dingo and Phar Lap are also identified and are related to the historic mines. The conductors showed significant EM responses.

Mr Vladimir Nikolaenko, Managing Director of Surefire, said that the results of the quantitative modelling of the VTEM data is a significant advance in the targeting efforts of the Company.

“The strong bedrock conductors identified give us strong encouragement to pursue a discovery in this grossly under-explored mineral field. Surefire will pursue these targets rigorously to realise the potential of this area”, Mr Nikolaenko commented on the result.

Surefire plans on testing the identified conductors with a mix of ground EM surveying and RC drilling. The Company has already attracted a co-funding grant of AU$150,000 for exploration drilling from the WA government.