Empire Resources Limited (ASX:ERL) has completed follow up RC drilling at several newly identified prospects. The Company is well funded and its significant investment portfolio is nearing maturity. Managing Director Sean Richardson says- “2021 will be an extremely active one on all exploration fronts.”

The Company’s most recent milestone has been the strong anomalous results from reconnaissance AC drilling at the Yuinmery base metals project.

The recent AC drilling at Yuinmery project has intersected encouraging zones of Cu, Au and Ni mineralization. It was successful in intersecting anomalous Cu-Au mineralisation within the oxide zone at prospects YT01, YT02 and YT05 and Cu-Au-Ni anomalism at YT12.

Besides, the strong results represent a significant opportunity for further multi-element mineral discoveries. 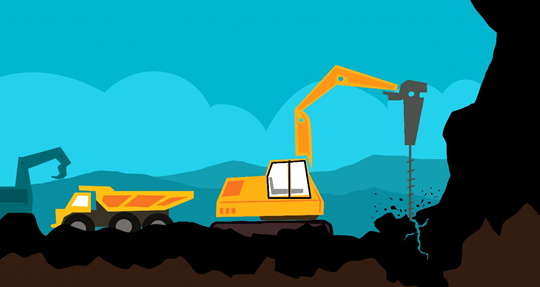 In this prospect, 13 AC holes for 555m were drilled across a single ~500m traverse. The drilling represented the first bedrock test of YT05 with anomalous results-

An RC pre-collar was completed in January to prep-up for a diamond tail targeting the interpreted mineralised zone. The diamond hole may offer the below-

36 AC holes for 929m were drilled at this prospect. Results are illustrated below-

One RC hole (YRC21-02) at Smiths Well was recently completed to the north. It intersected approximately 6m of sulphide mineralisation in the interpreted upper horizon position.

The Company plans to leverage from a continuous exploration approach to improve and complement its existing knowledge base.

Assays are pending for all RC drilling. Further RC and diamond drilling are further planned to advance the geological confidence in all Yuinmery prospects. Specifically, a detailed structural interpretation of the Yuinmery project alongside geophysical techniques (ground gravity and DHEM surveys) are planned.

Multiple drill-ready targets from greenfields-style conceptual targets through to more advanced prospects will be tested during future field programs.

*All financials are In AUD, unless specified.