The Kihabe-Nxuu Project is located in Western Ngamiland, on the border with Namibia, about 700km northwest of Gaborone. The project is 350km by road from Maun, Botswana.

Silver has been one of the critical focus areas of the Company in light of the soaring demand for the white metal as the global green transition gains traction. Significantly, there has been an uptick in the industrial demand for silver, with a significant portion of the demand coming from solar panels as power sources become more reliant on renewable technology. 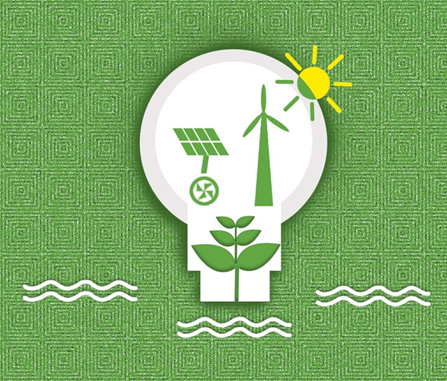 With this view, the Company reviewed two high-grade silver zones at Kihabe to determine the potential for further silver mineralisation to be identified within the 2.4km mineralised strike length of the deposit.

The data compiled by Mount Burgess highlights additional mineralisation associated with silver in the NE silver domain. The NE domain extends 900 metres from the local grid coordinates 11,100E to 12,000E.

A table was compiled outlining the metres and grades of silver, zinc, lead, copper and vanadium oxide for quantifying the extent of silver mineralisation in the NE domain. 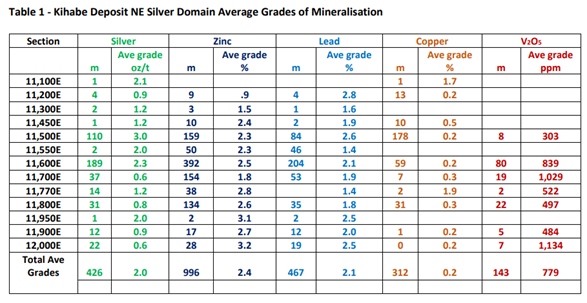 The Company also compiled data to explicitly highlight that other mineralisation is associated with the SW silver in the two domains.

The Company is engaged in designing a proposed drilling programme at the Nxuu deposit, sitting 7km from the Kihabe deposit.

The results from the drilling programme would be used in preparing the 2012 JORC Code compliant Indicated/Measured Resource.

Together with the subsequent confirmatory metallurgical test work, MTB’s developments at the Kihabe-Nxuu project are expected to pave the way for a pre-feasibility study.